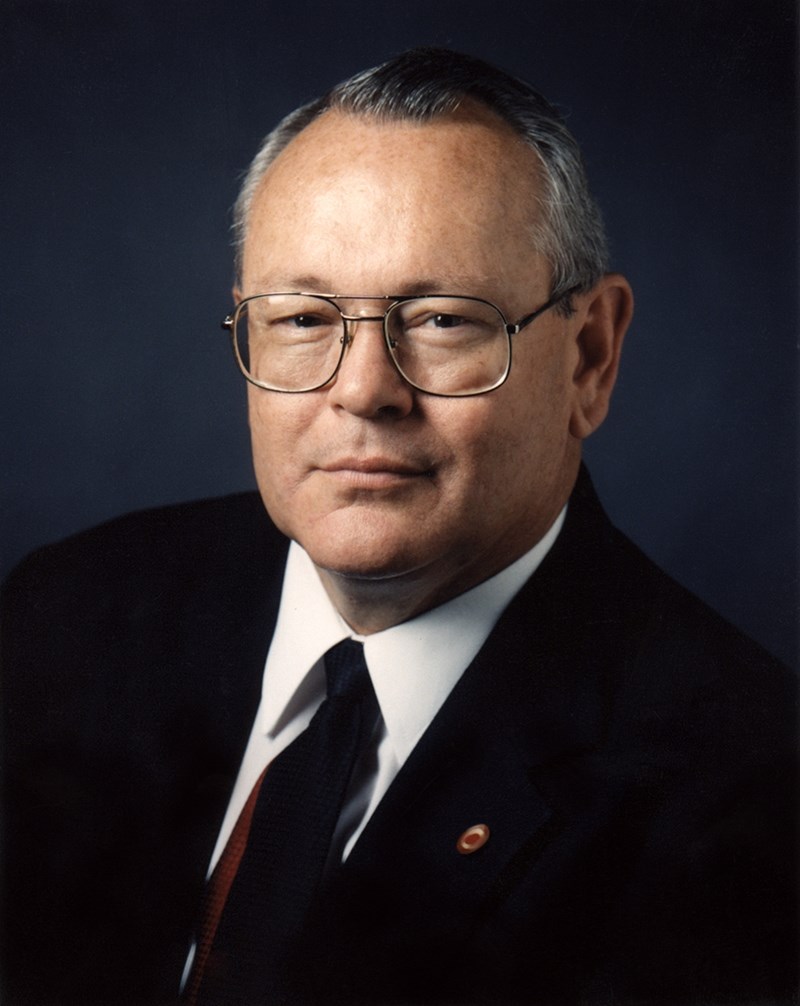 Milo Shult served as vice president for agriculture for the University of Arkansas System and head of the system's Division of Agriculture from 1992-2010. He diedJuly 19.

LITTLE ROCK – Milo J. Shult, the longest-serving head of the University of Arkansas System Division of Agriculture, is being remembered for his dedication to improving the lives of Arkansans through research, extension and education, as well as his life of public service.

Shult died Friday morning, July 19. He was 75. He served as vice president for agriculture for the University of Arkansas System and head of the system's Division of Agriculture from 1992-2010.

Born in Keokuk, Iowa, Shult was raised in the Midwest and obtained degrees from Western Illinois and Iowa State University. He joined the faculty at Texas A&M in 1972 as a wildlife specialist. Shult would go on to serve as an associate director of extension and associate director of the experiment station, two of the three pillars of the land-grant universities in the United States. He moved to Arkansas 20 years later to take on the job as vice president for agriculture.

Shult was devoted to the land-grant system and firm in his belief of the system's ability to elevate the people it served through research, extension and education. When he took over the reins of the Division of Agriculture, he coined a motto that has been used ever since: "Arkansas is our Campus." It's a phrase that reflects the Division of Agriculture's higher education presence in all 75 Arkansas counties.

In 2011, he was elected to Class XXIV of the Arkansas Agricultural Hall of Fame. His service to agriculture encompassed not just his 20 years in Arkansas, but also his 18 years at Texas A&M.

"Milo Shult loved the land grant system — primarily because he cared so much for the people who could benefit from the programs and for the faculty and staff that contribute so greatly to the quality of those programs," Cochran said. "He touched many lives of both stakeholders and employees."

On the eve of his retirement, he sent a memo to all Division of Agriculture employees. He told them: "My enthusiasm for the job and belief in the importance of the Division's service to the people of the state of Arkansas is as strong as ever.

"There are many things I could say about my time in this office," he said. "However, my one overriding thought is how fortunate I have been and what a privilege it has been to work with you, the faculty and staff of the Division. Your total dedication to helping the people of our state improve their economic condition and quality of life has made this experience, not only the capstone of my career, but also a source of tremendous pride in what you do. We may not be the biggest organization of our kind but I truly believe there is none better when it comes to serving people."

Shult has held several state, regional and national leadership positions. They included serving as chairman of the Board of Agriculture and Farm Bill Committee for the Association of Public and Land-grant Universities, as well as serving as a member of APLU's CREATE 21 Committee. He was past president of the Southern Association of Agricultural Scientists and has served on the National Agricultural Library Board of Directors, the 4-H Natural Resources Program Steering Committee and the U. S. Department of Agriculture Natural Resource National Initiative Task Force. He served on the Arkansas Agriculture Department Advisory Board, the Arkansas Commission on the Coordination of Educational Efforts, and was chair of the Winthrop Rockefeller Institute Board.

For more about the Division of agriculture, visit division.uaex.edu.