Chancellor Steinmetz Visits Pocahontas, Stresses Building Links with the U of A 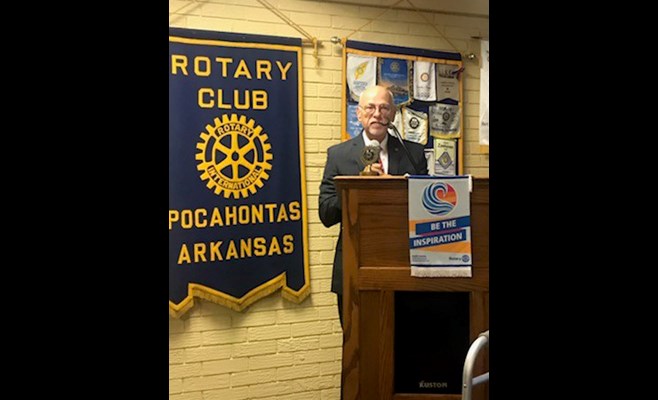 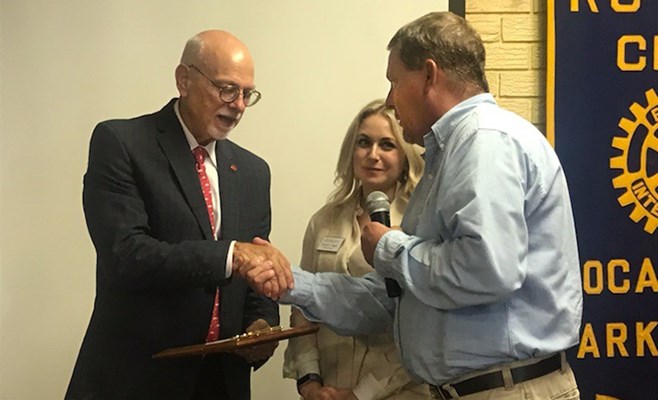 Receiving Key to the City 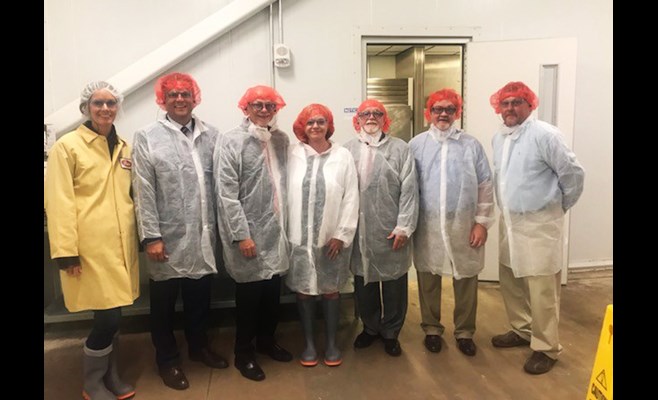 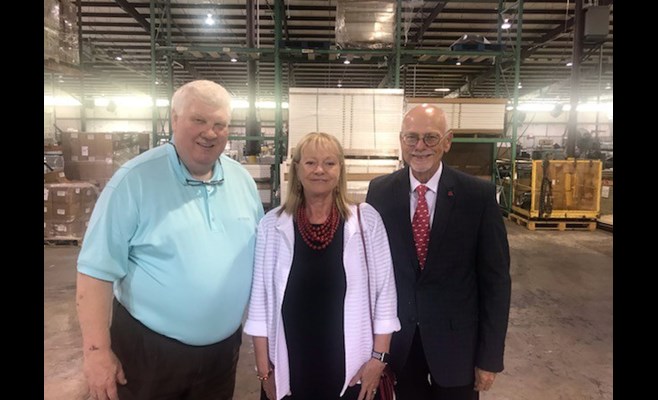 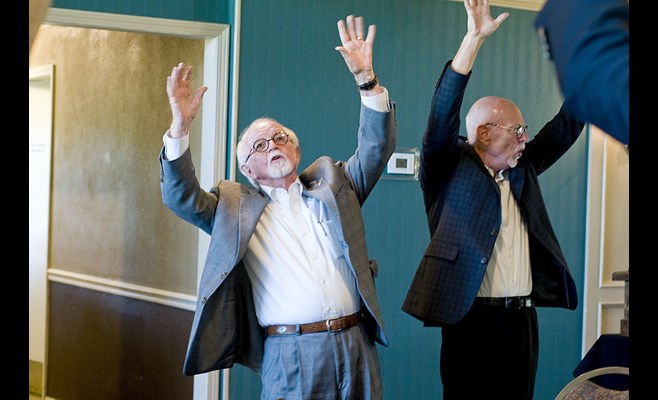 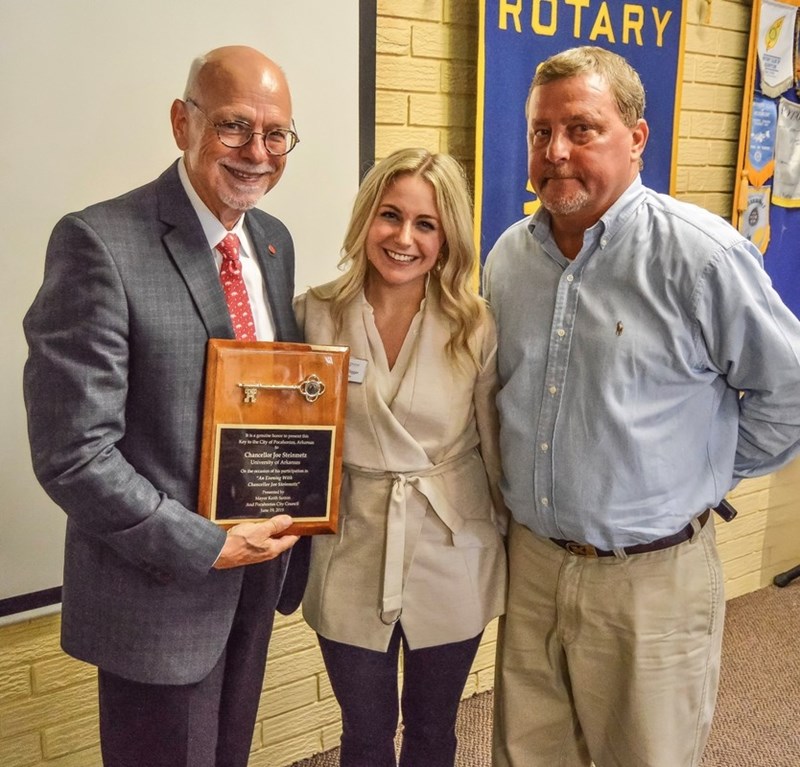 Steinmetz responded to an invitation from alumnus and Pocahontas native Dick Trammel. The chancellor was joined on the visit by his wife Sandy and Mark Power, vice chancellor for advancement. Trammel organized the day’s events with the help of regional development leader Graycen Bigger, executive director of the Northeast Arkansas Intermodal Authority.

Speaking to the local Rotary Club, the chancellor mentioned that he had visited 50 counties in Arkansas on four annual bus tours, but said that if he can’t get to a town on the bus, “I’ll do my best to get there by car or plane or whatever it takes…. I think it’s important to get off campus and get around the state as much as possible to hear from stakeholders.”

Steinmetz praised the local club members for distributing some $6,000 in scholarships to local students and emphasized how important that support can be for a student at any college.

He detailed the U of A’s own student success initiatives, both scholarships and student support services that are aimed at helping students overcome obstacles, succeed in their classes and graduate.

“Personally, I believe if we have accepted you into the university, then we have a responsibility to do everything we can to support you and keep you on track to graduation,” he told the group, adding that he hoped more of those students would be coming from Pocahontas.

The chancellor said the U of A will actively recruit local students, but said another way to achieve that goal was to establish a pipeline for students from the Black River Technical College.

After taking questions from the Rotary members, and receiving a Key to the City from Mayor Keith Sutton – “My first ever,” he said – Steinmetz visited with the new Black River President, Martin Eggenspeger, to start laying the groundwork for such a pipeline.

The chancellor also visited Randolph County’s biggest employer, Peco Foods, a poultry processing plant, and another major local industry, the Pocahontas Aluminum Company, owned and operated by Larry Don Rose, a U of A alumnus.

The visit ended with a reception for the chancellor with local alumni and friends, where Steinmetz and Trammel led the group in calling the Hogs.