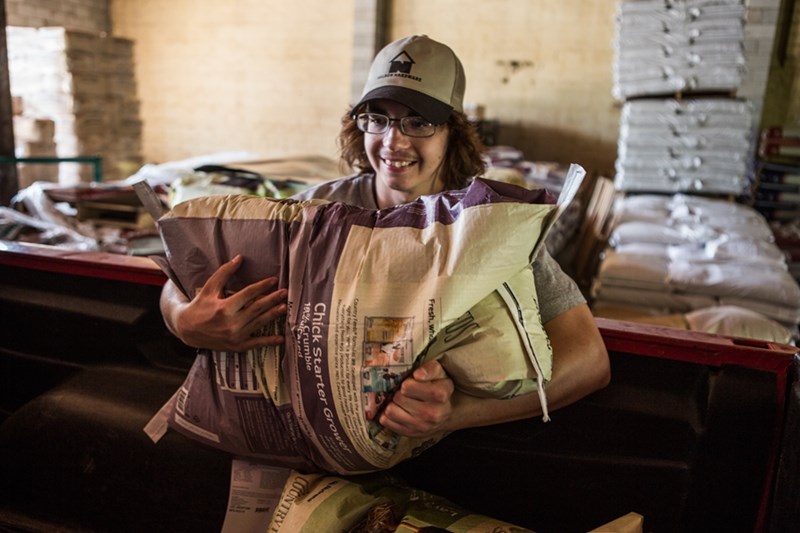 Perry Shaffer is one of 278 teens who gained employment through the PROMISE project. He was employed by Nelson's Hardware in Cave Springs.

FAYETTEVILLE, Ark. – A new report finds that Arkansas PROMISE — a University of Arkansas project aimed at improving the education and career outcomes of low-income teenagers with disabilities — has succeeded in increasing services, training, employment and income for participants.

Mathematica Policy Research will present the results of its report in a webinar at 11 a.m. central time on April 11. Brent Williams, associate professor of counselor education, along with representatives from the five other PROMISE projects across the United States, will also make a presentation at the National Press Club in Washington, D.C., on April 24. The presentation will be available to the public via webcast.

Arkansas PROMISE, which was funded with a total award of close to $36 million award from the U.S. Department of Education, is part of a federal initiative called “Promoting Readiness of Minors in Supplemental Security Income.” The initiative  has the goal of promoting positive changes in the lives of youth receiving Supplemental Security Income by providing training and paid work experiences.

“Adolescents who receive Social Security disability benefits typically do not have a first job or internship experience, and so they remain cut off from the world of work,” said Williams. “PROMISE has demonstrated an intervention model that has proven to be highly successful in initiating a career trajectory and thereby facilitating increased independence and community inclusion as well as a long-term reduction in reliance on Social Security disability benefits.”

Mathematica Policy Research, which evaluated the first 18 months of the PROMISE projects, found that Arkansas PROMISE expanded the share of Arkansas youth who receive guidance in the transition from school to work and increased the likelihood that their parents would also receive these kinds of services. Arkansas PROMISE has had a positive impact on the number of youth enaged in job training, and it increased the likelihood that participating youth had a paid job. The program also increased the total annual earnings of these youth by 164 percent, while decreasing participants’ reliance on Social Security payments.

In addition to Arkansas PROMISE, the federal PROMISE initiative includes five other research sites that, combined, cover a total of 11 states. The projects lasted six years, from 2013-2019. Mathematica compared outcomes of youth in PROMISE with a similar group of youth who received typical services. The full report on the 18-month evaluation will be published later this summer, and Mathematica is currently collecting and analyzing data for an upcoming five-year report.