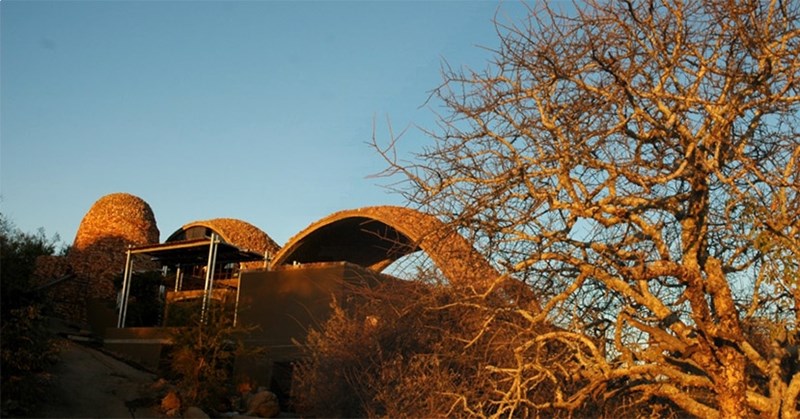 The Mapungubwe Interpretation Centre at Mapungubwe National Park in Limpopo, South Africa, was awarded the "World Building of the Year" at the World Architecture Festival in Barcelona in 2009.

FAYETTEVILLE, Ark. – Peter Rich will present a lecture at 4 p.m. Wednesday, April 10, in Ken and Linda Sue Shollmier Hall, Room 250 of Vol Walker Hall, on the University of Arkansas campus, as part of the Fay Jones School of Architecture and Design lecture series.

In his lecture, titled “Conversations with Africa,” he will discuss current work engaging the physical and cultural context.

His respect for African worldview and culture was born out of seminal spatial studies he undertook from the 1960s to the 1990s among the indigenous people of Southern Africa. The lessons he learned from this documentation and social research (both before and after the social engineering of apartheid) paved the way for a career of understanding and communicating Africa's genius to the world. He has been honored for his contribution to contemporary African architecture and championing of the less privileged in the world.

Rich is a Fellow of Sidney Sussex College at the University of Cambridge in England. He has been awarded the Gold Medal by the South African Institute of Architects, and is a recent recipient of the South African Professional Service Awards Lifetime Achievement Award.

Rich has adjudicated both international competitions and national awards of excellence in architecture and has taught and directed master classes across the globe.

His Mapungubwe Interpretation Centre at Mapungubwe National Park in Limpopo, South Africa, was awarded the "World Building of the Year" at the World Architecture Festival in Barcelona in 2009.

He was a curator's choice to exhibit his drawings of his organic architecture at the 2018 Venice Architectural Biennale.