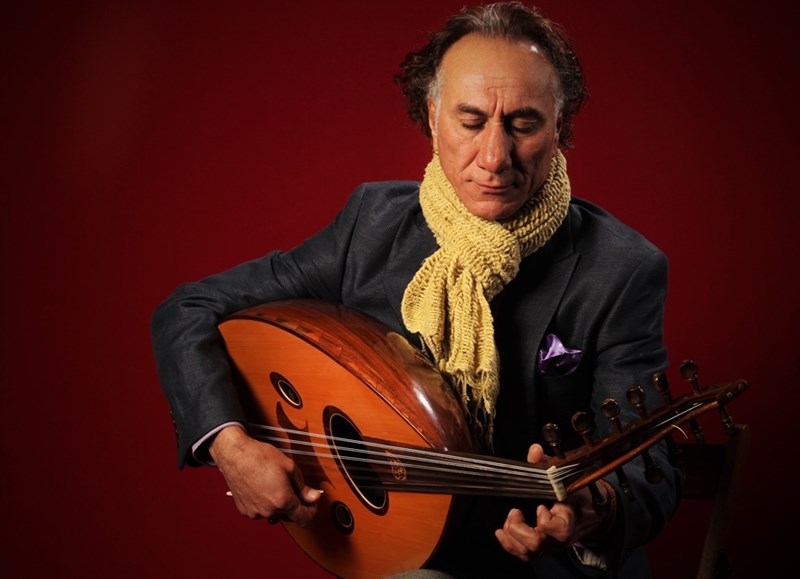 FAYETTEVILLE, Ark. –The Rahim AlHaj Trio will present a concert of traditional and contemporary Middle Eastern music at 7:30 p.m. Friday, April 19, at the Jim and Joyce Faulkner Performing Arts Center, 453 N. Garland Ave. on the University of Arkansas campus.

Rahim AlHaj is a virtuoso and composer on the oud, considered the “grandfather of all string instruments.” He was born in Iraq but fled in 1991 to escape imprisonment and torture by the Saddam Hussein regime. He ultimately came to the U.S. as a political refugee in 2000, settling in Albuquerque, New Mexico, where he met the other members of his trio.

The other members of the trio are Sourena Sefati, from Iran, a master of the santour, a hammered dulcimer, and Issa Malluf, a Palestinian American born in New Mexico and an internationally recognized specialist in Middle Eastern, Arabic, and North African percussion. 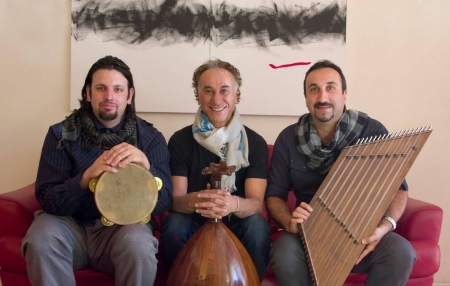 AjHaj has performed around the world and with a wide variety of musicians. He has said he is “too serious” to play music for “fun” – that his musical mission is to “fight injustice and create beauty.” He has recorded a dozen albums, been nominated for two Grammy Awards for Best Traditional World Music Album, and received a National Heritage Fellowship award from the National Endowment for the Arts.

AlHaj will also deliver a free public lecture, “A Voice for the Voiceless” at 6 p.m. Thursday, April 18, at the Fayetteville Public Library. He will discuss his struggles as a musician and a political refugee.

These events are being presented in partnership by the Faulkner Center, the U of A's  King Fahd Center for Middle East Studies and the House of Songs Ozarks.

About the Jim and Joyce Faulkner Performing Arts Center: The Jim and Joyce Faulkner Performing Arts Center is a 500-plus seat state-of-the-art venue dedicated to providing a community-centered approach to the performing arts. In addition to hosting acclaimed artists and performers, the Faulkner Center is also home to the University of Arkansas music department's large ensembles. With an impressive offering of renowned performers and culturally relevant events, the Faulkner Center excels in its mission of contributing to education and excellence, helping build a new generation of artists and patrons.