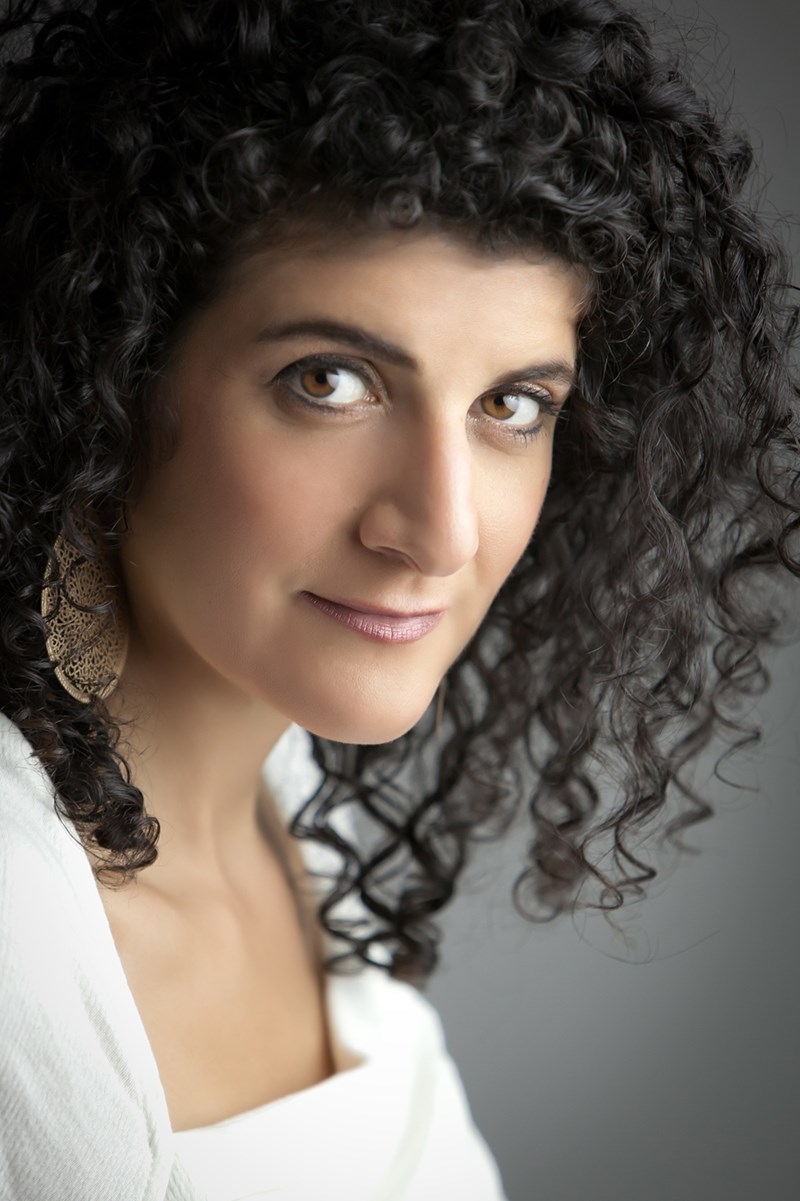 "Monajat," singer Galeet Dardashti's most recent multi-sensory piece, will be performed at the Stella Boyle Smith Concert Hall at 7:30 p.m. Thursday, March 28, as part of the Jewish Contributions to Middle East Music conference.

"Monajat" is inspired by old and haunting recordings of the Jewish prayers of Selihot chanted by Dardashti's grandfather — a master singer of Persian classical music in Iran.

Dardashti reinvents the deep and reflective musical ritual of Selihot using digital technology to sing with her famed Iranian grandfather, composing original music to sacred Jewish and Persian poetry, and performing with an acclaimed ensemble of Middle Eastern and jazz musicians. Audiences are enveloped into the ritual with Persian melodies, poetic Hebrew texts, electronic soundscapes, and dynamic video art.

"Monajat is one of those unforgettable performances that transcends time and space through intergenerational voices and mesmerizing visuals," said Greg Sandoval, curator of public programs for the Fowler Museum at University of California, Los Angeles. "Dardashti and the accompanying musicians are superb performers whose talents are indeed impressive and inspiring."

Monajat will also be joined by student musicians from the U of A World Music Ensemble, which performs music from various cultures using instruments from the Middle East and Medieval Europe with Western folk music instruments, among others.

The first woman to continue her family's tradition of distinguished Persian and Jewish musicianship, Dardashti pursues her passion for Jewish and Middle Eastern music as vocalist/composer and scholar. Dardashti's grandfather, Younes Dardashti, was one of the most highly acclaimed singers of Persian classical music in Iran.

Together with her family (including renowned Cantor Farid Dardashti), she has performed Jewish music throughout the U.S. and Canada for almost 20 years.

Since then, Dardashti has earned a reputation as one of the most innovative Jewish and Middle Eastern musicians today. She received a Six Points Fellowship to pursue her multi-disciplinary project and nationally acclaimed release, The Naming. Dardashti is also the leader of the renowned all-female power-house Mizrahi ensemble, Divahn. The group has engendered an international following with its fresh and fiery renditions of traditional Middle Eastern Jewish songs.

Dardashti has significant cantorial experience and leads Mizrahi/Sephardi Shabbat services throughout the country.  She also holds a Ph.D. in anthropology, specializing in cultural politics and contemporary Middle Eastern/Arab music and identity in Israel.

She has published widely on her work and her recent positions have included Visiting Scholar and Postdoctoral Fellow at New York University's Taub Center for Israel Studies and Reitman Fellow at the Bildner Center at Rutgers University. She is currently assistant professor of Jewish music and musician-in-residence at the Jewish Theological Seminary in New York.

About the accompanying musicians: Zafer Tawil is an accomplished Palestinian musician based in New York City, a virtuoso on oud, violin, and qanoun, and a master of Arabic percussion. Max ZT, based in Brooklyn, New York, has been lauded as the "Jimi Hendrix of Hammered Dulcimer" and leads the band House of Waters. Shanir Ezra Blumenkranz, acoustic bass, electric bass, oud, and gimbri, was born in Brooklyn, New York in 1975 to Egyptian and Polish parents. He has performed with, among others, John Zorn, Yemen Blues, Kef, Pharaoh's Daughter and Yo-Yo Ma. Philip Mayer, on riqq, frame drum, and doumbek, is New York City based, has a background in jazz and American popular music, and is currently the percussionist for the Broadway musical, The Band's Visit, winner of 10 Tony Awards in 2018.

More information about the Jewish Contributions to Middle East Music conference is online. All conference events are free and open to the public.