The latest edition of Short Talks From the Hill, a podcast from the University of Arkansas, features Jared Phillips, an instructor of international studies in the J. William Fulbright College of Arts and Sciences. His upcoming book, Hipbillies: Deep Revolution in the Arkansas Ozarks, takes a look at the "back to the land" movement of the 1960s and '70s and how it played out here in the Ozarks. 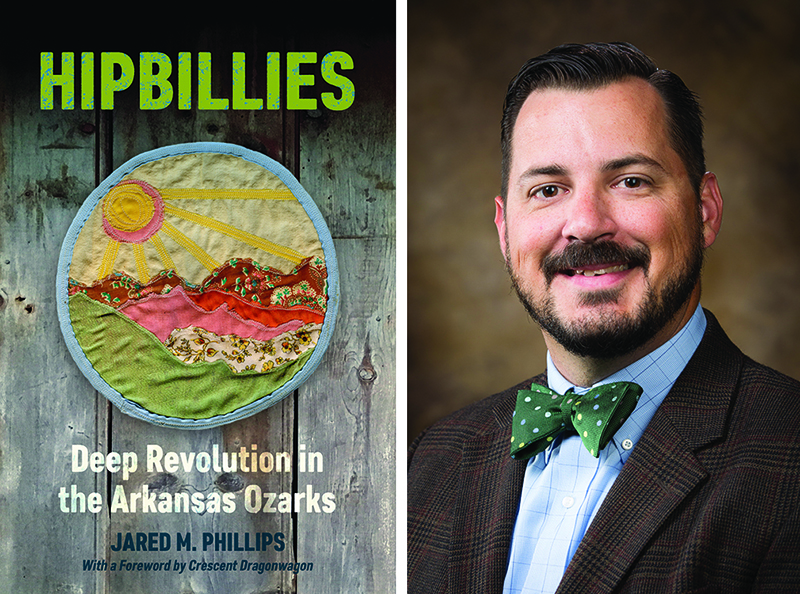 Phillips describes the migration of back-to-the-landers into the Arkansas Ozarks as part of a national trend. These "hipbillies" were part of the broader counter-culture of the time, who, he says, "became disillusioned with the methods that they had been using in the 60s - the protests weren't working." But these revolutionaries, he says, never gave up on their ideals.

And while back-to-the-landers moved to rural areas all over the country, the Arkansas Ozarks offered a uniquely fertile atmosphere. Besides relatively cheap land, there was, Phillips says, "this local knowledge that the back-to-the-land community wants…and they get this help from the local community."

They faced challenges such as learning how to farm and raise livestock in a short period of time as well as culture clashes with locals. Yet, despite the stories of hipbillies fleeing "once the chiggers came out," many of them stayed on their farms, and their presence has left a lasting impression on both the local Northwest Arkansas region and the national culture.

Hipbillies is being published by the University of Arkansas Press, and is scheduled for release in April.

For more episodes of Short Talks From the Hill, go to ResearchFrontiers.uark.edu, the home of research news at the University of Arkansas, and then select the Multimedia link, or visit the "Local & Podcast" link at KUAF.com.

Short Talks From the Hill highlights research and scholarly work at the University of Arkansas. Each segment features a university researcher discussing his or her work. Thank you for listening!