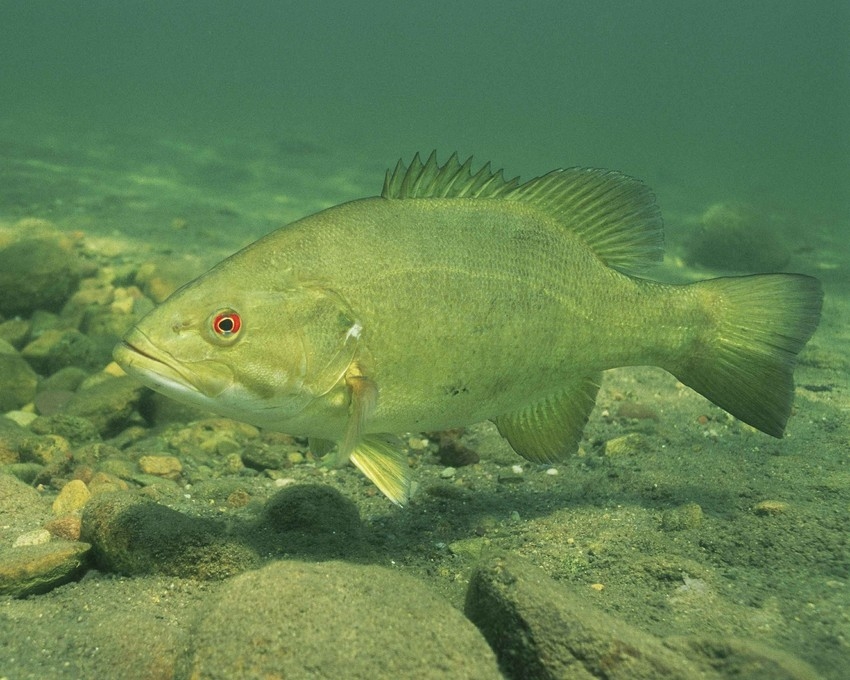 FAYETTEVILLE, Ark. – Climate change could slightly boost or substantially reduce the population of smallmouth bass in the Buffalo River, according to a study by University of Arkansas biologists.

The outcome depends on how the climate shifts in Northwest Arkansas, biologists Christopher Middaugh and Daniel Magoulick found. Warmer spring seasonal temperatures and decreased precipitation, leading to reduced flooding, could increase the population of adult fish by 8 percent. But increased spring seasonal flooding or severe summer drought could reduce the number of adult fish by 50 percent or more.

“We found that changes in May temperature and June discharge could benefit smallmouth bass recruitment, but increased flooding and increased drought conditions are likely to reduce adult smallmouth bass abundance below present levels in the Buffalo River,” the study states.

Middaugh is a research biologist with the Arkansas Game and Fish Commission. Magoulick is a faculty member of the U of A’s Department of Biological Sciences. The study was published in the journal PLOS One.

The southern United States is projected to warm by 5-7 degrees Fahrenheit by 2050, according to the United States Geological Survey. Studies predict more extreme weather events such as floods and droughts, along with a shift in seasonal precipitation that could mean drier summers.

To create the study, the researchers used smallmouth bass population data gathered from 15 samples at four sites on the lower Buffalo River collected by the Arkansas Game and Fish Commission between 1992 and 2012. They combined that with river discharge records and air temperature information taken from a weather monitoring site in Harrison, Arkansas, to build a model that related the environmental variables to the number of smallmouth bass captured at each site. By manipulating those variables, they simulated future conditions that affect the number of fish in the river each year.