One-Fourth of Forest Loss Permanent; Global Deforestation Not Slowing Down 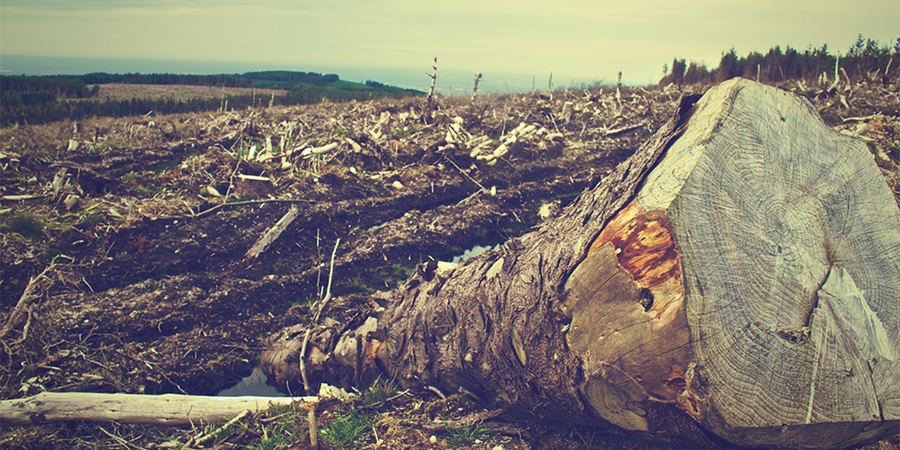 FAYETTEVILLE, Ark. – More than a fourth of global forest loss from 2001 to 2015 is permanent – meaning these areas likely will not return to forest again – and can be attributed primarily to commodity agriculture, such as palm oil production in Malaysia and Indonesia, according to a new study published today in Science, one of the world’s top academic journals.

The study revealed a geographic shift in deforestation, which is permanent forest loss, from Brazil to Southeast Asia over the past 15 years, but the overall rate of deforestation globally had not slowed down.

Deforestation for commodity production constituted 27 percent of global tree-cover loss. This driver was attributed predominantly to commodity-driven agriculture, especially palm oil production in Malaysia and Indonesia. Areas that experienced this type of deforestation were large swaths of South America, areas of the U.S. Central Plains, the rangeland of eastern Australia and scattered areas of west and central Africa.

“Since 2010, leaders of nearly 450 companies signed commitments to achieve zero deforestation in their supply chains by 2020,” said Christy Slay, director of technical alignment for The Sustainability Consortium and co-author of the study. “Consumers and environmental organizations are demanding it, and companies know it is the socially responsible thing to do. Yet companies find it difficult to determine the source of their supply beyond the location of their direct supplier. Our findings, now incorporated into the consortium’s commodity mapping tool, will help companies predict where agriculture and wood fiber products are sourced and what deforestation risk is present.”

The authors used nearly 4,700 satellite images to train a computer model to identify unique patterns that revealed the causes of recent tree cover loss. Using a 10-by-10 kilometer grid for the entire globe, the computer model helped identify the most likely causes of forest disturbance – commodity production, forestry, shifting agriculture, wildfire and urbanization.

Forest loss, as opposed to deforestation, applies to areas cleared of forest that have experienced regrowth or have the potential for regrowth.

The major drivers of forest loss:

“Although many changes to tree cover were temporary, such as when a forest recovered from a wildfire or when timber farms were replanted, patterns seen in the imagery showed that a significant proportion of global forests are not growing back,” said Philip Curtis, consultant for The Sustainability Consortium and the study’s lead author.

The study’s findings will be publicly available on Global Forest Watch, the leading global forest monitoring tool run by the World Resources Institute.

About The Sustainability Consortium: The Sustainability Consortium (TSC) is a global organization transforming the consumer goods industry to deliver more sustainable consumer products. We are dedicated to improving the sustainability of consumer products. Our members and partners include manufacturers, retailers, suppliers, service providers, NGOs, civil society organizations, governmental agencies and academics. Each member brings valuable perspectives and expertise. TSC convenes our diverse stakeholders to work collaboratively to build science-based decision tools and solutions that address sustainability issues that are materially important throughout a product’s supply chain and lifecycle. TSC also offers a portfolio of services to help drive effective implementation. The Sustainability Consortium has more than 100 members and there are over 2,000 users of TSC tools worldwide; it convenes more than 200 global organizations annually over an average of 75 networking opportunities. Formed in 2009, TSC is jointly administered by Arizona State University and the University of Arkansas. It also has a European office at Wageningen University and Research, and a Chinese office in Tianjin, China. For more information visit www.sustainabilityconsortium.org.