U of A One Book, One Community Author's Visit Delayed Until March 26 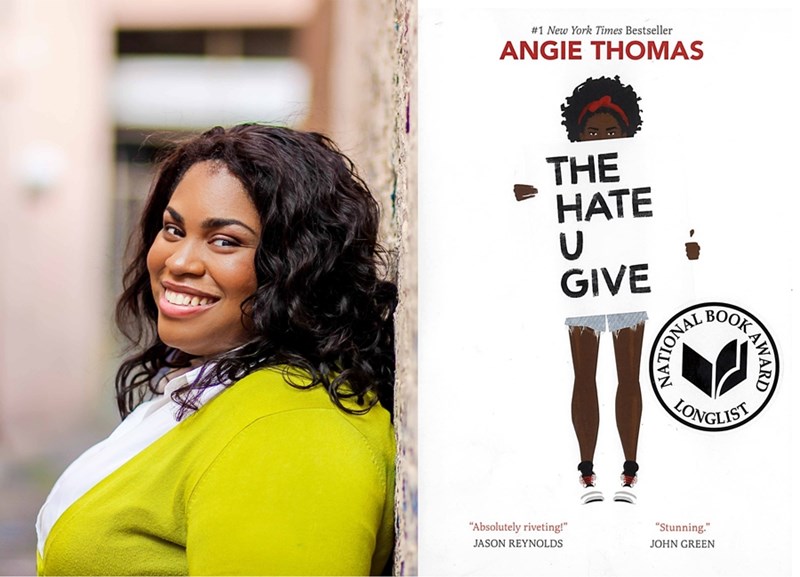 Angie Thomas, author of The Hate U Give.

FAYETTEVILLE, Ark. – It’s a classic case of good news, bad news – and then even better news.

The novel tells the story of 16-year-old Starr Carter, who lives in an inner city neighborhood while attending a suburban prep school. These separate worlds collide when she is the only witness when a police officer shoots an unarmed black teenager — her best friend. Starr must decide whether to speak out, even if it puts her world and her life in danger.

The Hate U Give is such a timely, compelling and popular book that it has been made into a movie — and the early reviews are excellent. Which means even more people will want to read the book. That’s the good news.

The bad news is that the movie is being released in October and Angie Thomas is committed to touring to promote the movie. So she had to cancel her October visit to the U of A.

“We knew when we booked Angie that the movie would be coming out, but no one knew when – and the hope was it would be in November or December,” said Kevin Fitzpatrick, chair of the One Book One Community committee. “We knew we were taking a chance, and Angie and her agent were very upfront through the entire process.”

So — the even better news? Thomas has rescheduled her appearance at the U of A to Tuesday, March 26, in the Faulkner Performing Arts Center. She’ll speak to the Fayetteville Public Library Book Club gathering the following day.

And she’s bringing her movie with her.

“Every year we plan a number of community events around the themes and issues raised in the book we’ve chosen,” said Fitzpatrick. “But we’ve never had a movie we could screen for the public. For that matter, this delay will also enable us to increase the number of events connected to the book. Some had already been planned for the fall, and will be held as scheduled. But we now have extra time to organize even more community events in March.”

The upcoming events — in both the fall and spring semesters — will be announced as the details are finalized, and the full schedule will be available on the One Book, One Community website.