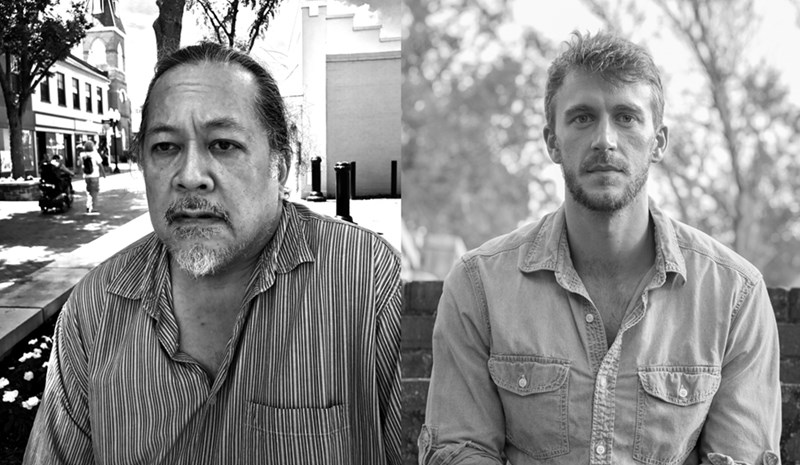 FAYETTEVILLE, Ark. – Jose Padua has won the 2019 Miller Williams Poetry Prize for his collection A Short History of Monsters. A finalist was also named: Jess Williard for his collection Unmanly Grief. Padua and Williard were selected by former U.S. Poet Laureate Billy Collins. The University of Arkansas Press will publish both books, and Padua will receive a $5,000 cash prize in addition to publication.

The prize and series are named in honor of Miller Williams, an acclaimed poet, the founding director of the University of Arkansas Press, and a long-time professor in the U of A creative writing program. In 1988 the press published Billy Collins’ debut collection, The Apple that Astonished Paris, under Williams’ directorship.

Padua’s poems appear regularly in the online journal Vox Populi. He is a  veteran of the spoken word and downtown New York literary scene and has spent the last 10 years living in Virginia’s Shenandoah Valley.

The two books will be launched at the Association of Writers and Writer’s Programs meeting in Portland, Oregon, in March 2019.

Guiding his editorial decision, Collins said in his series editor’s preface for the 2019 books that he chose manuscripts that Miller Williams “would enjoy reading for their own merits,” and not for their similarity to Williams’s own poems. Collins also said that Williard wrote “natural sounding poems that lead us to striking insights and strange destinations” and that beneath the surface of Padua’s “lively, soulful poems” there was “a smart, sympathetic mind at work.”