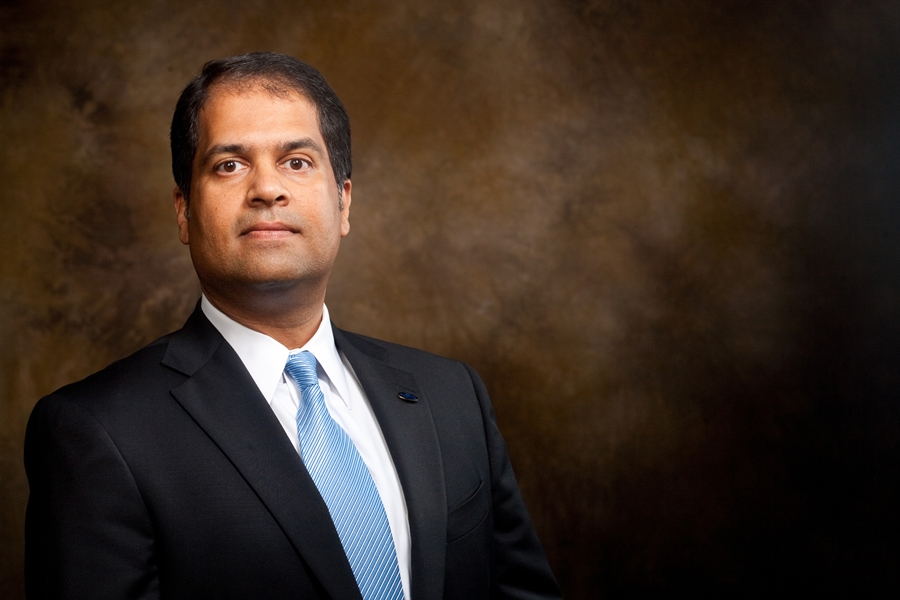 Ajay Malshe, Distinguished Professor of mechanical engineering, has been elected to the National Academy of Engineering.

Distinguished Professor Ajay Malshe of the Department of Mechanical Engineering has been elected to the National Academy of Engineering, one of the most prestigious professional distinctions awarded to an engineer.

Malshe holds the Twenty-First Century Endowed Chair in Materials, Manufacturing and Integrated Systems in the College of Engineering. He specializes in nanomanufacturing, bio-inspired systems, high-density electronic packaging and entrepreneurship in the University of Arkansas' Institute for Nano Science and Engineering.

Malshe was recognized for his innovations in nanomanufacturing, which have impacts in multiple industry sectors, as well as for his role as founder, executive vice president and chief technology officer of NanoMech Inc. in Springdale. NanoMech is the world's leading company in nanomanufacturing products for Fortune 500 global corporations in energy, transportation, racing, aerospace, industrial, defense and other key sectors.

"Induction into the National Academy of Engineering is one of the highest honors in our profession and it represents a major career milestone," English said. "I congratulate Dr. Malshe, because his achievements in nanoscience are a point of immense pride for the entire College of Engineering and reflect very well on the spirit of innovation we work to foster at the University of Arkansas."

Darin Nutter, head of the department of mechanical engineering, lauded Malshe's dedication to the profession.

"We in the Department of Mechanical Engineering are so proud Dr. Malshe is being recognized for his hard work," Nutter said. "This exceptionally high honor represents many years of significant engineering and entrepreneurial accomplishments made during his time at the University of Arkansas."

Malshe thanked his team, and said he was honored by the recognition.

"This is a truly an extraordinary and humbling honor to me and my world-class team," Malshe said. "It brings great recognition to the College of Engineering and the University of Arkansas, NanoMech Industries and the state of Arkansas. This is a special tribute to the rich entrepreneurial culture in the state of Arkansas, which is home to Walmart, Tyson Foods, NanoMech Industries, J.B. Hunt, Stevens, Murphy Oil and others. Also, this honor establishes the foundation for a new model for a 'Professor-of-Practice' in engineering."

John White, chancellor emeritus and distinguished professor of industrial engineering, said he believed Malshe is the first person elected to the National Academy of Engineering based on his work at the U of A. Jack E. Buffington, retired research professor of civil engineering, and Michael R. Johnson, associate vice chancellor for facilities management, were elected while at the university, but their elections were the result of their accomplishments while serving in the U.S. Navy.

"Ajay's nomination cited his individual accomplishments in manufacturing engineering, including numerous national and international awards he and NanoMech have received," White said. "The impressive list of companies using NanoMech's products to achieve remarkable improvements in productivity includes Indy 500 winners (Penske and Andretti Racing), J.B. Hunt, GE Aviation, Cameron-Schlumberger, Tesla, and Pace Industries, among many others. Undoubtedly, his election was due to Ajay's ability to keep one foot firmly planted in academe and the other foot firmly planted in industry. The coupling of his research and its commercialization paid off for him, for his company and for the University of Arkansas."

Malshe will be formally inducted during a ceremony at the National Academy of Engineering's annual meeting in Washington, D.C., on Sept. 30.

Malshe joins 98 engineers from around the world in this year's class, including Amazon founder Jeff Bezos and Google principal scientist Martin Abadi.

For more information, go to the National Academy of Engineering.