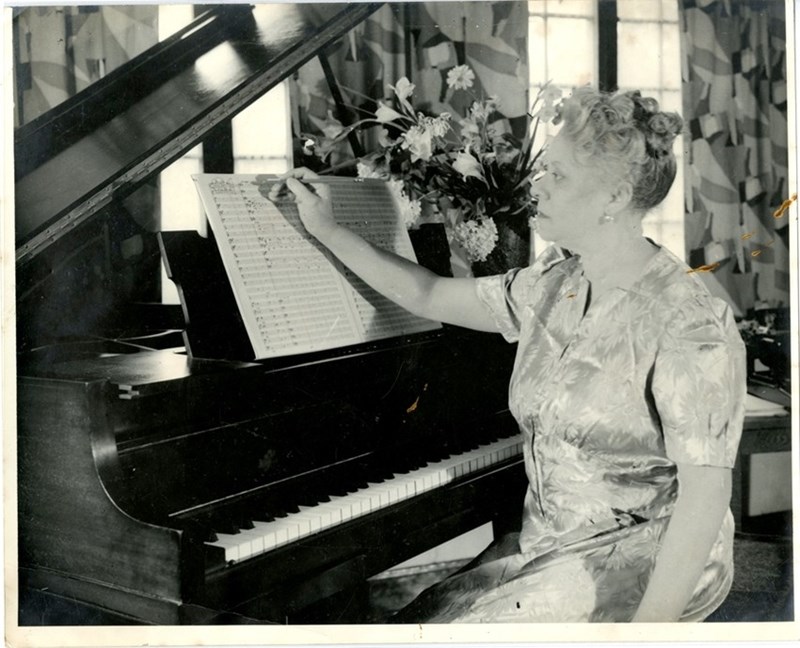 FAYETTEVILLE, Ark. – A recently discovered violin concerto by Florence Price, an African-American composer and Arkansas native, is available on CD for the first time. Albany Records will release the recording, by Er-Gene Kahng, on Feb. 1. Kahng is a violin professor and director of graduate advising in the Department of Music of the J. William Fulbright College of Arts and Sciences.

Kahng will perform Price’s Violin Concerto No. 2 with the Arkansas Philharmonic Orchesta at 7 p.m. Saturday, Feb. 17 in the Arend Arts Center in Bentonville. This performance will be the world premiere of the piece.

Florence B. Price (1887-1953) was born in Little Rock and studied at the New England Conservatory, the Chicago Musical College and the American Conservatory. She wrote music throughout her life, producing as many as 300 compositions. Price's groundbreaking Symphony in E Minor was the first work by a black woman to be performed by a major symphony orchestra in the United States, the Chicago Symphony Orchestra, in 1933.

Price lived in a time and place where women, and especially black women, were treated as second-class citizens. She never attained full recognition during her lifetime and, as Kahng said, has been nearly forgotten to history. Yet her enormous compositional output shows that she never stopped writing and producing. Kahng said she hopes that this project will raise awareness about “a remarkable woman who led a life of quiet tenacity and resistance.”

When Price died, her orchestral music, most of which was unpublished, was inherited by of her daughter, Florence Price Robinson. Robinson encountered great difficulty finding performance outlets for her mother’s music, which fell into obscurity.

When Robinson herself died in 1975, Price’s manuscript scores were presumably lost. But two property renovators discovered them in an abandoned house in 2009. The University of Arkansas eventually purchased the scores and opened them to the public several years later. This newly available collection included the manuscripts to two previously unknown violin concertos.

With the help of an Arts and Humanities Seed Grant from the U of A’s Office of the Vice Provost for Research and Economic Development, Kahng was able to work with the Janacek Philharmonic, an internationally recognized orchestra located in the Czech Republic, to record two of Price’s previously lost violin concertos.

Kahng plans to promote and highlight the significance of Price’s music by presenting community outreach concerts and distributing free copies of the CD to art institutions, schools and libraries across Arkansas as part of “Music 75,” the Music Department’s initiative to share and make music in all 75 counties in the state.

“In addition to presenting and preserving her music and raising awareness of her musical existence in history, I also hope that this project will invite many to learn more about the incredible and inspiring life of Florence Price, the courageous and strong woman who also was a brilliant composer,” Kahng said.

Other events are planned to commemorate the debut of Price’s work, including a symposium, screening of the documentary The Caged Bird: The Life and Music of Florence B. Price, classroom visits and guest panel discussions.