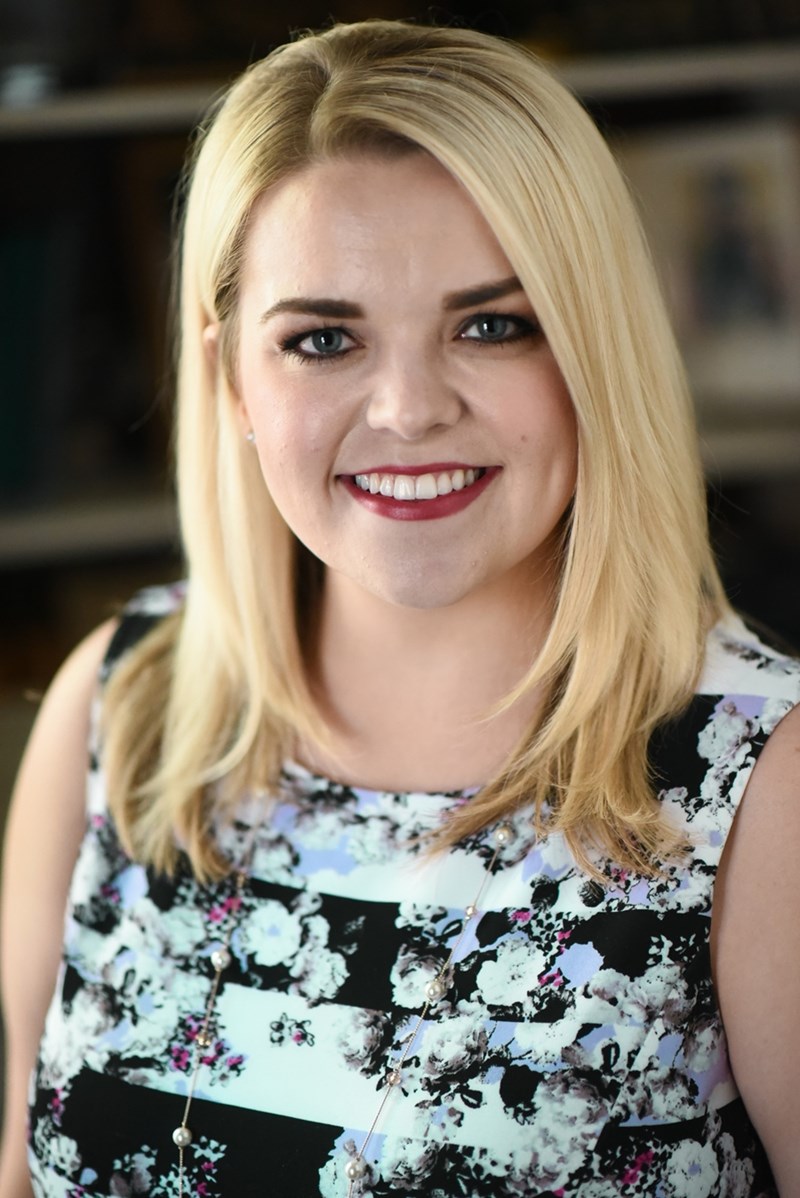 FAYETTEVILLE, Ark. – Victoria Maloch, who graduated from the University of Arkansas in 2017, has earned a prestigious Marshall Scholarship to Oxford University. She will travel to the United Kingdom next fall to pursue a master’s degree in evidence-based social intervention and policy evaluation. She is one of 43 students selected from universities across the country.

“I am very honored to be selected as a Marshall Scholar and excited about attending Oxford University. The program at Oxford will provide me with the basic framework to be successful in public service and the public policy arena,” Maloch said. “With an abiding interest in rural issues and plans to eventually hold political office in the U.S., it is important that I have knowledge of a variety of topic areas and their intersection with social policy. This is an amazing opportunity.”

Maloch is the daughter of Martha and Bruce Maloch of Magnolia, where she embraced farm life and rural politics early on.

“Growing up on a cattle farm in southwest Arkansas, agriculture has always been a part of my life,” said Maloch. “At six weeks old I attended my first cattle show and at age seven, I began showing cattle of my own. For much of my life, agriculture and politics have been at the center of my activities. My father has been in the state legislature since 2005, and so I was able to see and understand the highs and lows of public service in the political arena. Attending events with him and discussing Arkansas issues with a variety of people gave me a deeper appreciation for my state and for those who serve it.”

In her junior year at the U of A, Maloch was selected as one of six national officers for the National Future Farmers of America, working 80 or more hours each week. She helped increase the FFA’s social media footprint and develop its communication platform. She also led leadership training conferences across the country and worked with a team to produce content for and preside over a convention of 65,000 members.

Maloch was also active in a long list of organizations at the University of Arkansas and in the Bumpers College. She served as a member of the Student Alumni Board, was active in the Volunteer Action Center, and was an initiate of Chi Omega. She served as treasurer on the Collegiate Farm Bureau and senator in the Associated Student Government. She participated in a service-learning project in Dangriga, Belize, where she developed and conducted student and adult education workshops. She followed that with another project in Nampula, Mozambique, where she analyzed business operations at Novos Horizontes and met with growers to collect profile data to help them increase sales. She has also been actively engaged in the Honors College.

“The Honors College has been happy to support Victoria Maloch’s efforts,” said Lynda Coon, dean of the Honors College. “She makes the most of every opportunity to learn and develop her skills, and she always creates something of tangible and often enduring value. She will benefit from the program at Oxford, but it goes both ways. She will add to their program as well.”

In her junior year, Maloch was selected as a Truman Scholar for her commitment to public service and her desire to be an agent for change. The award provides $30,000 for graduate school in the U.S., which she will use when she returns from Oxford to attend law school. Having previously served as a rural affairs intern with the White House Domestic Policy Council, she is currently working in Washington, D.C., as a Truman-Albright Fellow in the Federal Office of Rural Health Policy.

University of Arkansas Chancellor Joe Steinmetz wrote a faculty letter of support for Maloch for the award after she had taken his honors seminar Flagship U!

“Victoria’s joy in studying agricultural policy and issues related to higher education is palpable and contagious,” said Steinmetz. “She will make an outstandingly singular Marshall Scholar, one who will flourish at Oxford while bringing a very different perspective to the table because she evaluates policy and service through the lens of agriculture and rural populations. I had no doubt she would be selected. This will be an amazing experience for her, and it will be good for our state when she returns to work in Arkansas.”

Maloch points to Steinmetz and other faculty who have provided valuable assistance along the way, including professors Jill Rucker, her thesis chair; Jennie Popp, her adviser both in honors and agriculture; Lona Robertson, interim dean of Bumpers College, who insisted she apply for the Truman Scholarship; and Jeff Miller, whom she credits with helping prepare her to run for National FFA Office.

“Victoria Maloch is a force to be reckoned with, and it is no surprise that she engages broad faculty support. She successfully lobbied for her first piece of legislation — naming rice the official grain of Arkansas — at the age of 12, and she has not slowed down since,” said Robertson. “She has excelled in one leadership role after another on our campus, with her national work with the FFA, and now in Washington, D.C. This is a much deserved opportunity. I am looking forward to seeing what she will do next.”

About the Marshall Scholarship: Named for Secretary of State George C. Marshall, the program was created in 1953 and in its history has provided support for more than 1,900 scholars to study in institutions across UK.  Recipients have gone on to become university presidents, Pulitzer Prize winners, MacArthur Fellows, Supreme Court Justices, and even an astronaut. The University of Arkansas has had eight Marshall Scholars, including previous recipients Mike Norton (2014), Ben Hood (2002), Megan Ceronsky (2001), Warwick Sabin (1998), Charles King (1990), Lisa Pruitt (1989), and John Edie (1960).