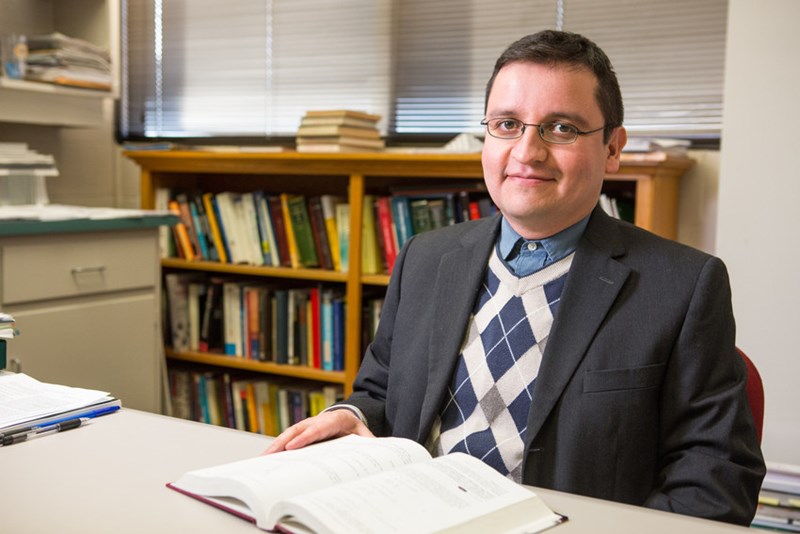 Salvador Barazza-Lopez, associate professor of physics at the University of Arkansas, is part of a team that published a review article on the properties of strained graphene and other strained two-dimensional atomic materials in the prestigious Reports of Progress in Physics, a review-style journal published by the Institute of Physics in the United Kingdom that has a large impact factor of 14.3.

Materials that are atomically thin can be thought as membranes. Membranes bend to adapt to other materials, and change their properties when pulled from two opposite edges. Electronic and optical properties of atomically-thin membranes are modified as a result of bending and stretching, and the 62-page published article provides a detailed descriptions of these effects.

"This comprehensive project was led by Gerardo G. Naumis at the Institute of Physics National University of Mexico, and it took about one year to be completed." Barraza-Lopez said. "Besides giving me the opportunity to summarized work performed at Arkansas over the last six years, the two weeks spent working at the Institute were memorable." Continued access to the Trestles supercomputer at the Arkansas High Performance Computing Center was crucial for completing many of these studies.

The review proves the crystallographic description of mechanical deformations, as well as the diffraction pattern for different kinds of representative deformation fields. Various theoretical approaches to study the electronic properties of strained graphene were examined. Exotic properties, such as a fractal spectrum related with quasicrystals, a mixed Dirac-Schrödinger behavior, emergent gravity, topological insulator states, in molecular graphene and other 2D discrete lattices were included.

Recent advances to tune the optical conductivity of graphene by strain engineering are given, which open new paths in device applications. A brief review of strain effects in monochalcogenide-monolayers, work being presently carried out at the Barraza-Lopez group is presented, with a brief discussion of interplays among strain, thermal effects, and illumination in the latter material family.

Additional contributors were Maurice Oliva-Leyva, a postdoctoral associate at the Institute of Materials at the National University of Mexico, and Humberto Terrones, the Rayleigh Endowed Chair professor of physics at Rensselaer Polytechnic Institute. Read the published paper.