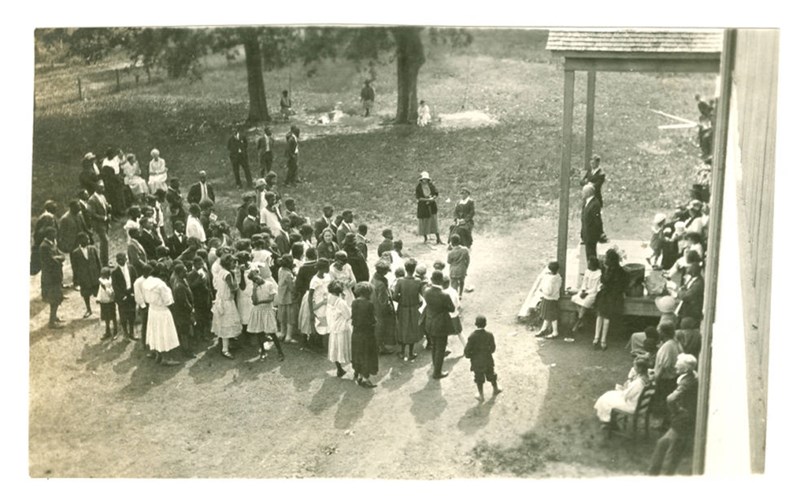 A new digital exhibit is now available for viewing on the University of Arkansas Libraries' website. Lives Transformed: The People of Southland College tells the story of the first institution of higher learning west of the Mississippi River for African-Americans. That this college originated in Phillips County, Arkansas — perhaps best-known for one of the worst race riots in the nation's history, the Elaine Massacre of 1919 — underscores the significance of this unparalleled endeavor.

Originally established by Quakers from Indiana as an orphanage for slave children while the Civil War still raged, the Friends' Freedmen Committee appointed Calvin and Alida Clark to form a school on April 19, 1864. The earliest buildings came through donations and the voluntary labor of the 56th U.S. Colored Infantry Regiment during Reconstruction. Within 10 years, Southland's enrollment grew to more than 200 students under the Clarks' guidance, and the Indiana Yearly Meeting of the Quakers made the school a diploma-granting institution in 1876. Southland made great strides toward satiating the overwhelming longing for literacy felt by former slaves and addressed the acute need for educated teachers and professionals around the country as the African Americans of the Delta moved in search of greater opportunity. Hundreds of students graduated with teaching degrees before lingering financial problems caused the college to close in 1925.

The exhibit includes photos and scanned images of letters, circulars, forms, the Southland newspaper and other ephemera, including invitations, the catalog of studies, a diploma and a commencement program. Sixty years of African American history and experiences are represented.

"It's been a privilege to collaborate in the retelling of Southland College's remarkable history in this format," said Wallack. "The story is both hopeful and heartbreaking, and it belies so many stereotypes about the Arkansas Delta."