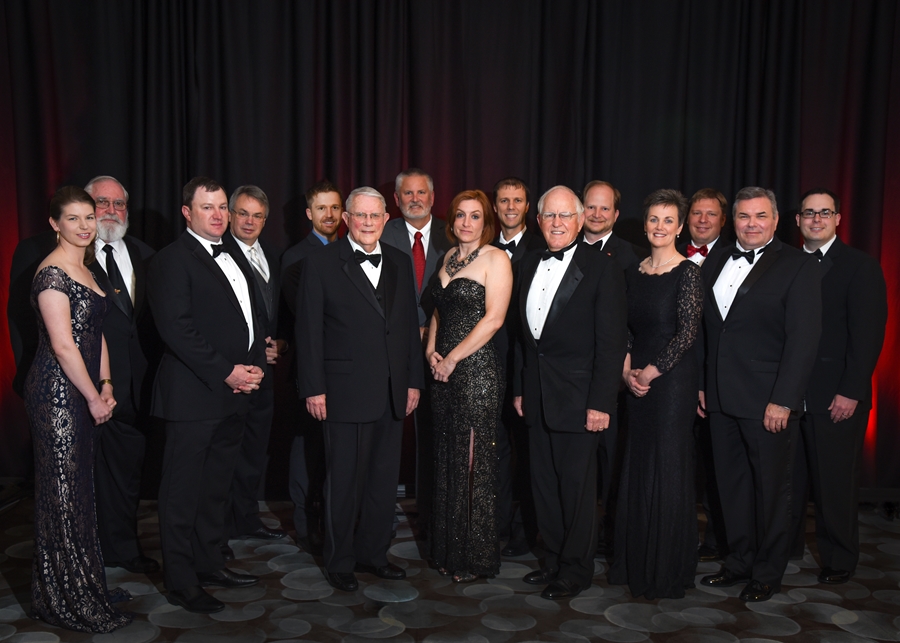 The awards recognize alumni of the college who have demonstrated exceptional professional and personal accomplishments and made important contributions to their professions and communities.

“Our alumni are among our college’s biggest strengths, and their accomplishments speak directly to the quality of our academic program,” said John English, dean of the college. “We are proud of all our alumni, and this group shows how talented individuals use engineering education to benefit Arkansas and the world.”

Bob Crafton and Larry Stephens were inducted into the college’s Hall of Fame, which was established in 1965 to recognize prominent graduates and leaders who have made outstanding contributions to the engineering profession and to society as a whole.

Crafton received a bachelor’s degree in civil engineering from the U of A in 1957. Originally from Corning, he now resides in Rogers. He is a co-founder of Crafton Tull, a civil engineering, surveying, architecture, landscape architecture, and planning firm with six offices across Arkansas and Oklahoma. Crafton retired in 2000.

Stephens received a bachelor’s degree in industrial engineering in 1958. He co-founded Mid-South Engineering in 1969. Mid-South is a full-service consulting engineering firm with expertise within the wood products industry. Now retired, Stephens has served as vice president, president, chief operating officer and chairman of the board at Mid-South.

The Early Career Award recognizes exceptional professional and personal achievements of recent College of Engineering graduates. The 2017 recipients are: