Steinmetz Selects Coleman as Next Executive Vice Chancellor and Provost 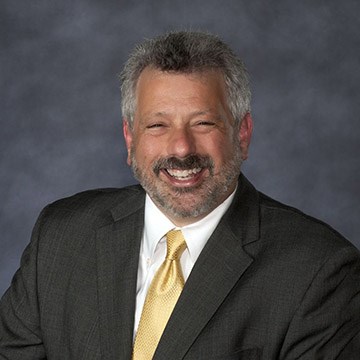 Coleman will succeed Ashok Saxena, who has filled the role since summer 2015. In addition to serving as the chief academic officer for the state's flagship university in Fayetteville, Coleman also will hold a faculty appointment as professor of biological sciences in the J. William Fulbright College of Arts and Sciences, pending approval of the university’s board of trustees.

“We are looking forward to welcoming a seasoned administrator to help us enter the new year, and implement the campus planning work we’ve spent the past year actively engaged in,” said U of A Chancellor Joseph E. Steinmetz. “I would be remiss if I didn’t thank Professor Peter Ungar, chair of the search committee, and each member of that committee for their steadfast efforts that led to Jim’s appointment. I have a great deal of confidence in their work.

“Also, I’d like to thank Ashok Saxena for dutifully and effectively serving as provost and providing me with so much support during my first year on the job,” he said.

Ungar said, “The search committee was thorough and diligent in its task of reviewing leaders across higher education to make recommendations. We were pleased by the diversity of the pool of candidates in terms of ethnicity, gender and particularly institutional experience,” Ungar said.

Coleman said he is “thrilled about this opportunity to lead academic affairs at the University of Arkansas.”

“I look forward to engaging with all areas of campus and doing a deep dive into the culture to better understand the strengths that have led to the creation of the eight campus priorities,” he said. “Ultimately, this work will lead to some signature initiatives for implementation and I’m pleased to be a part of it.”

Coleman became the provost and vice president for academic affairs and professor of biology at Northern Arizona University in August 2015. He is a highly regarded ecological and evolutionary biologist and academic administrator with a broad background that crosses multiple disciplines.

As the chief academic officer at Northern Arizona, Coleman was either directly responsible or had a role in academic planning; deployment of instructional resources, curricular development, review and assessment; institutional accreditation; recruitment and retention of faculty and staff; student academic success and retention; allocation and planning of academic space; and management of the academic affairs budget. He works closely with the Northern Arizona University Faculty Senate and the Northern Arizona University Chairs Council to ensure effective shared governance.

Before coming to Northern Arizona he served as the dean of the College of Humanities and Sciences at Virginia Commonwealth University, where he also was a biology professor. He served as vice provost for research and professor of ecology and evolutionary biology at Rice University, vice chancellor for research and biology professor at the University of Missouri and vice president for research and business development and professor of earth and ecosystem sciences at the Desert Research Institute. He served as program officer for ecological and evolutionary physiology at the National Science Foundation and began his career as assistant and then associate professor of biology at Syracuse University. Coleman also worked with the then Arkansas Science and Technology Authority to chair the external advisory board for two of the state of Arkansas' multimillion dollar NSF EPSCoR research infrastructure improvement grants, ASSET I and ASSET II.

Coleman holds advanced degrees, including a doctorate, from Yale University, working in plant ecology. He received a bachelor’s degree in forestry from the University of Maine. He also conducted postdoctoral research at Stanford and Harvard universities.