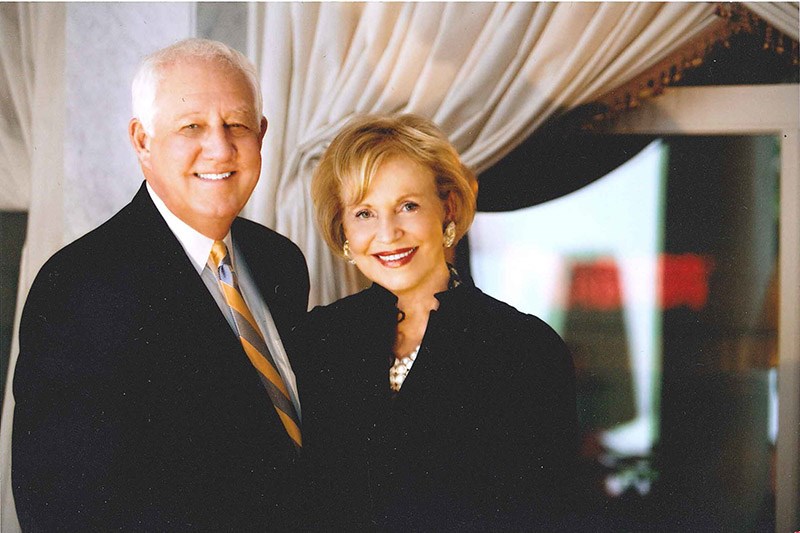 FAYETTEVILLE, Ark. – Alumni Larry and Janett Crain of Searcy are supporting University of Arkansas business students from Searcy and Conway with an endowed scholarship specifically for graduates from those two high schools.

The couple’s $125,000 gift will create the Larry and Janett Crain Endowed Scholarship Fund in the Sam M. Walton College of Business. Recipients must be graduates of Searcy High School or Conway High School with a grade point average of 3.0 or higher and demonstrated financial need. The scholarship will be renewable for four years, as long as the recipient maintains a 3.0 GPA each academic year.

Matt Waller, interim dean of the Walton College, said, “We appreciate the generosity of the university’s outstanding alumni, such as Larry and Janett Crain, and their long-standing support of the Walton College and the University of Arkansas. The Crains’ gift for this endowed scholarship will allow us to attract and retain the best high school students in Searcy and Conway for many years to come and give those students a great business education.”

Larry Crain “grew up wanting to be in business” and as a child watched his father operate his own small business. As a student at the University of Arkansas, Crain was inspired by one of his accounting professors, Hollis Dixon, who worked as a CPA at Peat, Marwick, Mitchell & Co. Being in Dixon’s class made Crain want to do well as a student and motivated him to pass his certified public accounting exam on the first try, which he did.

After graduating with an accounting degree from the Walton College, Crain went on to work for Peat, Marwick, Mitchell & Co. in Little Rock. He then partnered with his father, Paul, in business, and, with his sons, transitioned it from being a wholesale grocery and service station business to an automotive parts distributorship operating in multiple states. The Crains bought their first automotive dealership in Benton in 1990 and today the Crainteam owns 16 dealerships across the state.

Janett Crain graduated from the College of Education and Health Professions with a Bachelor of Science in Education. She was a member of Delta Delta Delta sorority at the university and has been an active community volunteer and fundraiser for charities in Arkansas.

The Crains’ sons, Larry Crain Jr., Marc Crain and Chris Crain grew up in the family business, and all are University of Arkansas alumni who carry on the Crainteam’s support of the Razorbacks. The Crains’ granddaughter, Camryn, daughter of Chris and Jennifer of Conway, is a freshman at the university this year.

In addition to their recent gift, the Crains have supported the Larry Crain Family Trading Studio in Willard J. Walker Hall on the University of Arkansas campus, as well as the Jerry and J.C. Wilcox Endowed Scholarship in the Fay Jones School of Architecture and Design, the Alumni House campaign and the Broyles Matthews Scholarship Fund for the Razorback Foundation. Recently, they have supported the Jones’ Student Success Center and the Razorback Basketball Performance Center.

The Crains are included in Towers of Old Main, a recognition given to donors who have contributed $100,000 or more to the university.