Swedenburg Elected to MESA Board 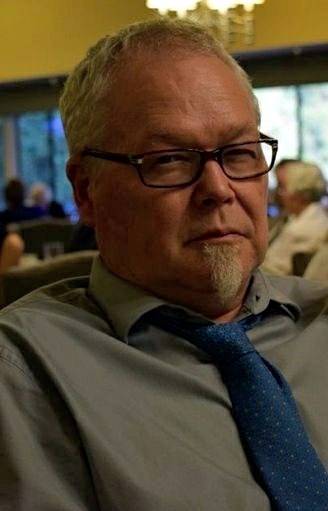 FAYETTEVILLE, Ark. – Ted Swedenburg, professor of anthropology at the University of Arkansas, has been elected to the Middle East Studies Association board of directors.

“I’m very honored to have been elected to serve on the board of this very important scholarly organization and look forward to the role I will play in doing its critical and timely work over the next three years,” Swedenburg said.

The Middle East Studies Association, based at the University of Arizona, is a private, non-profit, learned society that brings together scholars and educators from all over the world who are involved in the study of the region. Founded in 1966, it has more than 2,800 members and it serves as an umbrella organization for more than 60 institutional members and 39 affiliated organizations.

“If you ask MESA members, they will usually say that the most important aspect of the association’s activities is its Committee on Academic Freedom,” Swedenburg said. “The committee works both in the United States and abroad to support the free exchange of knowledge as a human right and to limit government restrictions on scholars that infringe on that right.”

Among the committee’s important recent interventions is a letter to Ahmet Davutoğlu, prime minister of Turkey, expressing serious concern over reports that a political science professor at Ankara University has been prosecuted on the grounds that he was engaged in “terrorist propaganda” and had praised “crime and criminals,” which suggested that Turkish government has now criminalized academic study of the Kurdish movement.

The Middle East Studies Association board also issues its own letters and statements. On Nov. 23, it expressed “deep concern” that people of Muslim or Middle Eastern background “have been and continue to be the victims of discrimination in the United States as well as other countries” and it deplored “the reckless rhetoric of some public figures that is only increasing the likelihood of discrimination and the violation of the civil rights of people of Middle East and Muslim background.”

Swedenburg, who joined the U of A faculty in 1996, is the author Memories of Revolt: The 1936-39 Rebellion and the Palestinian National Past (1995), and co-editor of Palestine, Israel and the Politics of Popular Culture (2005) and Displacement, Diaspora, and Geographies of Identity (1996). He has been a visiting professor at Ben Gurion University of the Negev, Israel; and Georgetown University.