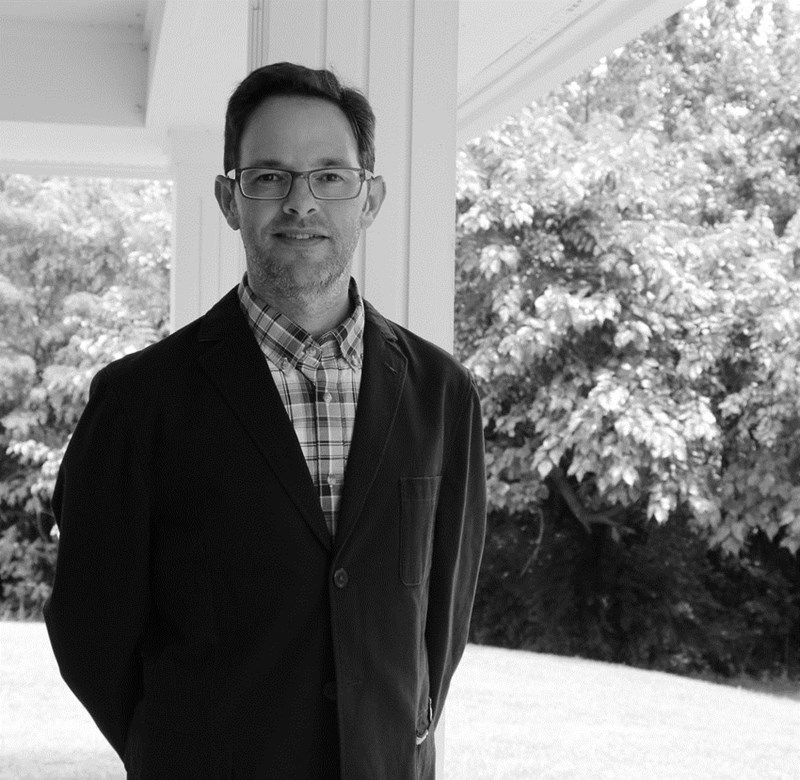 FAYETTEVILLE, Ark. —Poet Davis McCombs, director of the University of Arkansas Program in Creative Writing and Translation in the J. William Fulbright College of Arts and Sciences, has been awarded the 2015 Porter Fund Literary Prize.

This is one of the state’s most prestigious literary awards, presented annually to an Arkansas writer with a substantial and impressive body of work that merits enhanced recognition.

“Our nationally recognized creative writing program has been developing the skills of talented students for almost half a century,” said Todd Shields, dean of Fulbright College. “Davis has been critical to the program’s success, and it’s wonderful to see him recognized by an organization known for honoring Arkansas’ best writers and poets."

McCombs will be honored at an award ceremony at 6 p.m. Oct. 1 at the Central Arkansas Main Library’s Darragh Center in downtown Little Rock. The event is free and open to the public.

“Davis’ poetry is exquisite in detail, in its ability to capture moments and observe inner meaning,” said Dorothy Stephens, chair of the Department of English. “His poems are lucid and lyrical, sometimes menacing, sometimes winsome, always moving. We’re pleased — but not surprised — to see him recognized among Arkansas’ finest writers.”

The Porter Prize was founded in 1984 by novelist Jack Butler and novelist and lawyer Phil McMath.  It honors the late Ben Kimpel, noted professor of English at the University of Arkansas. At Kimpel’s request, the prize was named in honor of his mother, Gladys Crane Kimpel Porter. The annual prize, $2,000, has been given to 30 poets, novelists, non-fiction writers and playwrights. Past winners include Donald Harington, Morris Arnold and Kevin Brockmeier.

"My family and I have lived in the Arkansas Ozarks for almost 14 years now,” said McCombs. “These old and mysterious hills have, not surprisingly, become a greater and greater presence in my poetry. Working with so many talented young writers, many of them native Arkansans, has also deepened my ties to this region. To win this award for Arkansas writers is deeply meaningful to me. I’m honored to join the distinguished ranks of Porter Prize recipients and to be called an Arkansas writer."

McCombs’ first book, Ultima Thule, was chosen by W. S. Merwin as the winner of the 1999 Yale Series of Younger Poets. His second book, Dismal Rock, was chosen for the Dorset Prize from Tupelo Press. After publication it was awarded the 2008 Eric Hoffer Award and the Kentucky Literary Award.

McCombs attended Harvard University, the University of Virginia, and Stanford University as a Wallace Stegner Fellow in poetry. He is the recipient of fellowships from the Ruth Lilly Poetry Foundation, the Arkansas Arts Council, the Walter F. Laman Public Library, and the National Endowment for the Arts. His work has appeared in The New Yorker, Poetry, American Poetry Review, The Best American Poetry 2008, The Missouri Review, The Kenyon Review, Oxford American, Virginia Quarterly Review, and the Pushcart Prize Anthology.

Founded in 1966, the University of Arkansas Program in Creative Writing and Translation consistently ranks in the top 40 M.F.A. programs nationwide, according to Poets & Writers magazine. The Atlantic Monthly named the U of A among the “Top Five Most Innovative” M.F.A. programs in the nation. Noteworthy graduates include Barry Hannah, C.D. Wright, Lucinda Roy and Nic Pizzolatto.