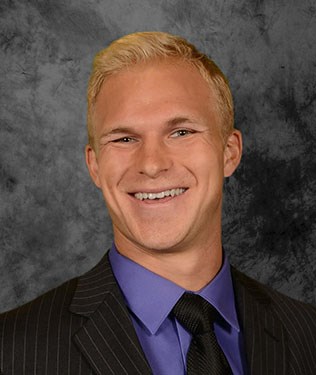 FAYETTEVILLE, Ark. – In recognition of his standout efforts in the classroom, senior track and field standout Nathanael Franks has been named the 2014-15 Southeastern Conference H. Boyd McWhorter Male Scholar-Athlete of the Year. Both Franks, and the female recipient Maddie Locus of Georgia, will receive a $15,000 post-graduate scholarship provided by AT&T, an SEC corporate sponsor, and the Allstate Sugar Bowl.

Franks is Arkansas' first male winner of the prestigious scholarship and the third Razorback student-athlete selected for this award overall. He joins former Razorbacks and past winners Jessica Field (volleyball) in 1999 and Tiffany Woolley (softball) in 2002. Franks becomes just the third male track and field student-athlete to be selected, and the first since 1989. The H. Boyd McWhorter winners were chosen by a committee of Faculty Athletics Representatives from SEC universities.

"In my more than 35 years in higher education and intercollegiate athletics, I have been fortunate to work with many extraordinary student-athletes," said Jeff Long, vice chancellor and director of athletics. "I can say unequivocally, that Nathanael Franks represents one of the most remarkable student-athletes I have ever been associated with. His intellectual excellence, leadership, and unquestioned character not only represent the very best the University of Arkansas has to offer, they are also befitting this prestigious recognition. Nathanael has not only distinguished himself among his peers at the University of Arkansas and throughout the nation, he has achieved excellence by nearly every standard established for college students and student-athletes."

Thursday's announcement marks the continued recognition of Franks' impressive academic career at the University of Arkansas. He is currently a finalist for the NCAA's Walter Byers Postgraduate Scholarship and was a 2014-15 finalist for the Rhodes Scholarship. He is currently pursuing a second master's degree in accounting having gained a full graduate assistantship through a scholarship from Conoco Phillips.

"I am deeply indebted to the tremendous faculty, staff and coaches at the University of Arkansas who have made my academic and athletic experience both possible and enjoyable," Franks said. "I'd especially like to thank my events coach Travis Geopfert for being flexible, understanding and supportive of my educational pursuits and Dr. Nan Zheng, my organic synthesis research mentor, for investing in me despite my tight schedule. I'm honored to have been adopted by the Razorback family."

The Damascus, Ore., native completed his first master's degree in business management in 2014 with a 3.95 grade-point average as a Russell E. Westmeyer Fellow. He also served as a Walton MBA Student Ambassador and Mentor. Franks participated in the Bowersox Graduate Supply Chain Challenge at Michigan State and came away with a top-10 national finish. At the Quinnipiac Global Asset Management Forum in New York City, he was first place in portfolio performance.

"I can't think of a more deserving recipient of the McWhorter Scholarship than Nathanael Franks," Geopfert said. "He takes the definition of 'student-athlete' to another level. The most impressive thing about Nathanael is his willingness to challenge himself at things that don't come naturally to him. He perseveres under duress and rises to any challenge in front of him. He's a confident, brilliant young man that remains humble and makes everyone around him better. He's one of a kind and we are all very proud to have him with us as a Razorback."

Franks was the 2013 collegiate recipient of the Coach John Wooden Citizenship Cup which is awarded for character and leadership both on and off the field. The professional recipient of the Wooden Cup that year was 18-time PGA Tour major winner Jack Nicklaus. Franks was a founding father and current alumni advisor of the Fayetteville chapter of the Beta Theta Pi fraternity and a core leader of the International Culture Team, an outreach effort to international students at the University of Arkansas.

Franks earned a spot on the USTFCCCA All-America Second Team in 2013 for his national performance in the decathlon. That same season he was an SEC indoor champion with the Razorbacks' distance-medley relay team and part of the program's 2013 NCAA indoor championship team. As a multi-events standout, Franks ranks fourth in school history in the heptathlon and decathlon with career-high scores of 5,497 and 7,520 points, respectively.

"It's been a privilege to have Nathanael as a part of our program at Arkansas," Arkansas men's track and field head coach Chris Bucknam said. "His accolades and accolades are beyond impressive. He has set himself apart from others in many aspects but remains a very personable young man that people gravitate toward. He's more than taken advantage of all the opportunities here at the University of Arkansas and this is yet another honor that he is truly deserving. We are extremely proud of Nathanael and confident he will continue to excel in his future pursuits."