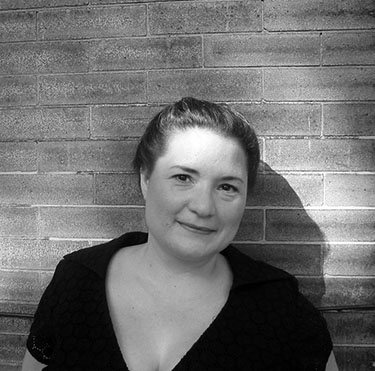 FAYETTEVILLE, Ark. – Winifred E. Newman will be the next head of the Department of Architecture for the Fay Jones School of Architecture at the University of Arkansas, effective July 1.

Newman is an associate professor, director of advanced studies and director of the I-CAVE Lab for Applied Visualization in the College of Architecture + the Arts at Florida International University.

“Winifred Newman is one of a new generation of architectural educators who combines practice-based experience with significant scholarship and funded research endeavors,” said Peter MacKeith, dean of the Fay Jones School. “Her arrival to the Fay Jones School and to the Department of Architecture simultaneously reinforces our commitment to the preparation of strong professionals and the advancement of the school’s emerging agendas in design scholarship, research and graduate programs. Professor Stephen Luoni has led a superb search process, and I am very grateful to him and the search committee.”

Luoni is Distinguished Professor of architecture in the Fay Jones School and director of the University of Arkansas Community Design Center, an outreach program of the school. He led the 10-member search committee that recommended Newman.

“The search committee explicitly sought a transformative head for the Department of Architecture to assist in the development of graduate programs and enhancement of the department’s research productivity. A third charge entailed development of a design curriculum for the 21st century, all suggesting an outside candidate who would be a stimulating force for new directions but complementary to our existing strengths,” Luoni said. “We shortlisted five impressive candidates from 31 applicants across the U.S., South America, Europe and Asia. After three stages of interviews, the committee in consultation with school-wide stakeholder groups arrived at a unanimous recommendation to the dean. We are thrilled with the outcome, and look forward to the exciting work ahead, particularly in the prospects for advanced multidisciplinary studies.”

Newman joins the Fay Jones School, which also includes the departments of landscape architecture and interior design. In addition, the school also has two outreach components: the University of Arkansas Community Design Center and Garvan Woodland Gardens, the university’s botanical garden in Hot Springs. It also partners with other universities and programs in the University of Arkansas Rome Center.

Newman received a Bachelor of Architecture and a Bachelor of Science in history, with psychology and anthropology minors, all from the University of Texas at Austin. She also received a Master of Architecture, a Master of Philosophy in history of technology and science, and a Doctorate of Philosophy in architecture, urban design, planning and landscape architecture, all from Harvard University. She has taught at Florida International University since 2011. She previously was a visiting professor at Washington University in St. Louis and the University of Tennessee, and a teaching fellow at Harvard University. Newman was a Fellow at the Max Planck Institute for the History of Science in Berlin.

“My primary architecture training was with Gyo Obata, FAIA, who studied with Eliel Saarinen – my roots are in post-war American modernism,” Newman said. “I worked for Charles Moore in Austin, where I learned the value of site and material. One of the most influential people during my training was Natalie Dubois. She was the first woman to graduate in architecture from Columbia University. This is my legacy and one of which I am proud. However, as an architecture educator, I believe in being aware of and responding to the contemporary condition, always looking for the threads of the past to make something new in the present, benefiting the future.

“The Fay Jones School is an exceptional school in the state’s flagship university. Working with the faculty, dean and other department heads and building upon the school’s legacy and current strengths in its architecture programs, it is my hope to lead an interdisciplinary approach to further position the school in strategic research and creative activity areas vital to the economy and beauty of Arkansas that include urban and rural sustainability and resilience, arts and culture, materials and technology, preservation and health environments,” Newman said.

Newman received fellowships from the Harvard Faculty of Arts and Sciences, the Harvard Graduate School of Design and the Graham Foundation, among others. In 2014, she received a Florida International University Top Scholar award for her research efforts.  She is also an inaugural Fellow of the STEM Transformation Institute and a founding member of the FIU Sustainable Building Environments Informatics Organized Research Unit. She has published work in the United States and Germany and served on the editorial board of the Journal of Architectural Education. She was a designer with HOK for eight years on projects in the United States and abroad and a partner in FieldOffice LLC since 2003.

About the Fay Jones School of Architecture: The Fay Jones School of Architecture at the University of Arkansas houses professional design programs of architecture, landscape architecture and interior design together with liberal studies programs. All of these programs combine studio design education with innovative teaching in history, theory, technology and urban design. A broad range of course offerings equips graduates with the knowledge and critical agility required to meet the challenges of designing for a changing world. Their training prepares students with critical frameworks for design thinking that also equip them to assume leadership roles in the profession and in their communities. For more information visit architecture.uark.edu.