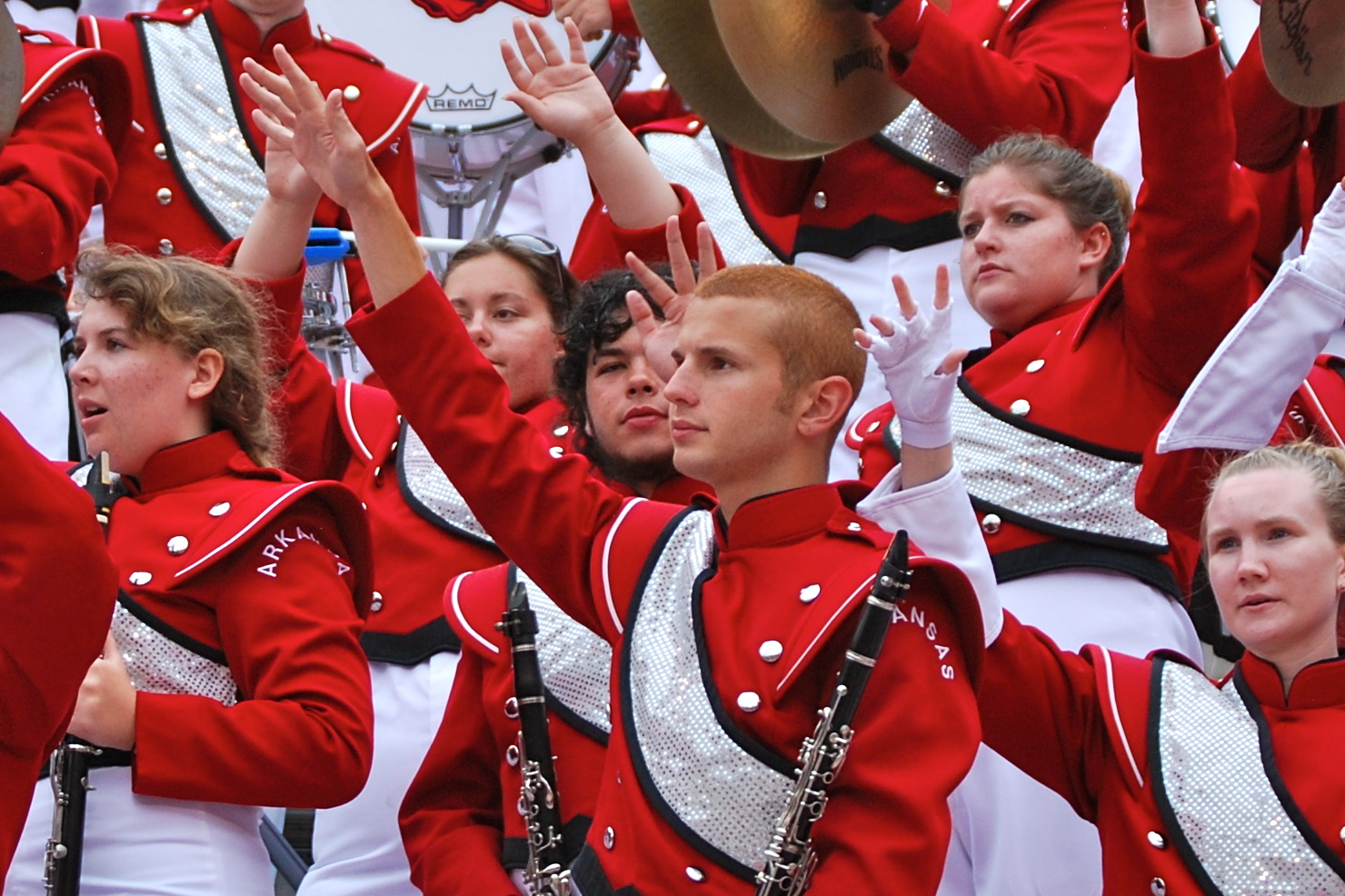 During halftime, the marching band will perform its Disney-inspired medley to the east side of Reynolds Razorback Stadium. The performance will include the instantly recognizable songs When You Wish upon a Star, I Just Can’t Wait to Be King and I’ll Make a Man Out of You.

“It’s really surreal to think that this will be my last performance in Donald W. Reynolds Razorback Stadium,” said Christopher Queen, senior clarinet player. “I’ve made so many memories with so many people here at the university, and the Razorback Marching Band has facilitated so much of it.”

Following the band’s performance will be a special presentation of the Razorback Marching Band’s senior class. Comprising students from seven states stretching from New Mexico to Tennessee, this class of seniors includes 18 Arkansas natives. These seniors represent every college at the University of Arkansas. Their recognition will conclude with a farewell performance of the Arkansas Fight Song by the seniors.

“I’ve enjoyed my four seasons in the marching band, and wouldn’t change a single part of it,” Queen said. “You get spoiled working with some of the best instructors and students on campus. I won’t be forgetting how to play the fight song any time soon.”