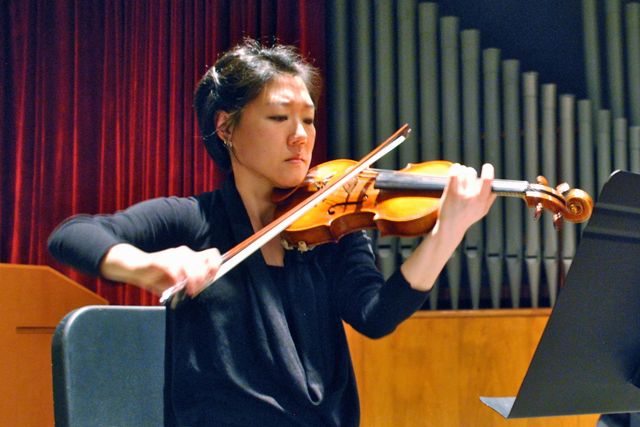 FAYETTEVILLE, Ark. – The University of Arkansas Wind Ensemble and Wind Symphony open the fall concert season featuring two works by distinguished American composer Vincent Persichetti. The Wind Symphony performance will begin at 7:30 p.m. followed by the Wind Ensemble Monday, Oct. 6, at the Walton Arts Center. The concerts may also be seen via live stream from the program’s website.

“The Wind Ensemble is performing with exceptional cohesion and musical intensity this semester,” said sophomore music major Henry Bowen. “Persichetti really opened the door for music being composed specifically for wind band. His music is enjoyable whether you’re out in the audience or performing on stage”

Persichetti composed his Symphony for Band during a time when band conductors sought original repertoire that showed the serious artistic merit of the wind band. Up until this time, collections for band relied heavily on transcriptions of orchestral music. The work premiered in 1956 with Clark Mitze conducting the Washington University Band at the MENC Convention in St. Louis.

Divertimento is a series of six short movements that display the wide range of timbres and moods that the modern wind band is able to display. The piece was premiered in 1950 with the Goldman Band and Persichetti conducting.

Er-Gene Kahng, assistant professor of music, will be featured on violin with the Wind Symphony’s performance of Adagio from Max Bruch’s Concerto for Violin in G minor, Op. 26.

The concerts are presented by the Department of Music in the J. William Fulbright College of Arts and Sciences as part of the Joy Pratt Markham Series. Admission is $1 for students with a valid University of Arkansas ID and $5 for the general public.