Middle East Scholar to Discuss Recent Events in Iraq, Kurdistan, ISIS and the Role of the U.S. 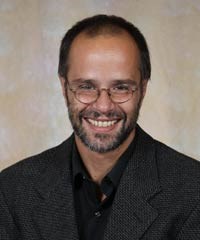 Romano is the Thomas G. Strong Professor of Middle East Politics at Missouri State University, and has also taught at Rhodes College in Memphis. He teaches courses in politics and government of the Middle East, international relations theories, foreign policies of Middle East States, and political violence and terrorism. Professor Romano received his bachelor's and master's degrees from McGill University and his doctorate from the University of Toronto. His research and professional interests include: nationalism, social movements, theories of peace and conflict, non-state actors, politicized Islam, Middle East and Mediterranean politics, forced migration, and globalization and development issues.

Romano is the author of The Kurdish Nationalist Movement: Opportunity, Mobilization and Identity (Oxford University Press 2006) and is a leading expert on Kurdish politics and political movements across the Middle East. He visited the University of Arkansas in September 2007 and spoke about the recent elections in Turkey in a talk titled “Is Turkey Still Secular? Explaining the Latest Elections.”

Dr. Romano’s lecture on September 19th will address the impact of events in Iraq and Kurdistan, particularly in light of the dramatic emergence of ISIS (Islamic State of Iraq and Syria) this summer, the degree to which the political maps of Iraq and Syria have been reshaped, and the potential for increased US military involvement in the region.

The King Fahd Center for Middle East Studies is an academic and research unit in the J. William Fulbright College of Arts and Sciences at the University of Arkansas. An interdisciplinary and interdepartmental area studies center that offers diverse cultural, intellectual, and educational opportunities for the University of Arkansas community, it promotes research and teaching in interdisciplinary Middle East studies.  The center offers an undergraduate major in Middle East Studies and supports graduate studies in related departments through the Middle East Studies Program, as well as summer language study and research assistantships for graduate students and teaching and research by visiting scholars from affiliated universities and programs.  More information about the King Fahd Center can be found at http://mest.uark.edu.  For ongoing news, follow the Center on Facebook and Twitter.