U of A to Host Screening of PBS Documentary Series 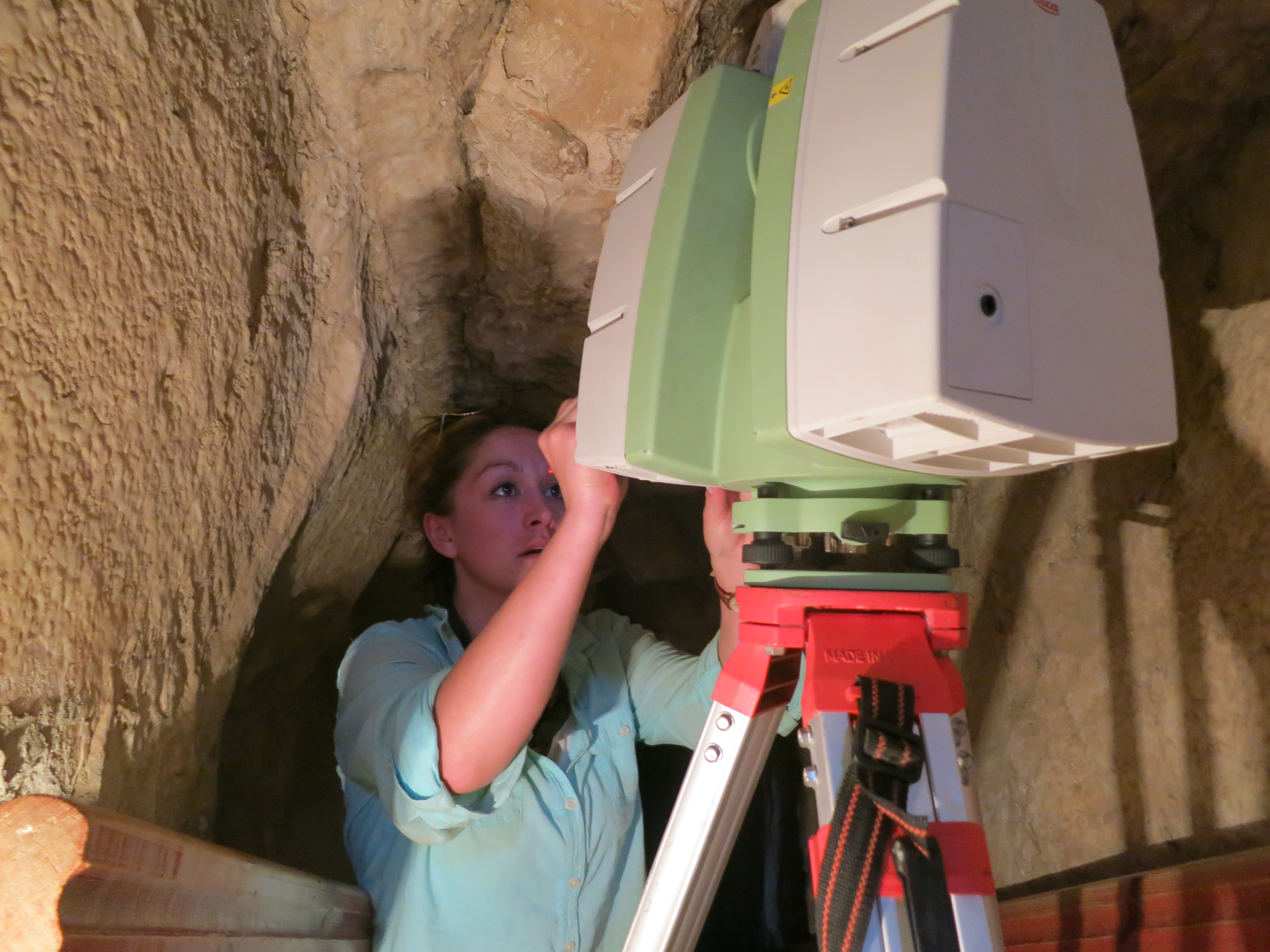 Caitlin Stevens, a researcher at the Center for Advanced Spatial Technologies at the University of Arkansas, programs a laser scanner inside the burial chamber in the Meidum pyramid.

FAYETTEVILLE, Ark. — The University of Arkansas will screen the premiere episode of Time Scanners, a new documentary television series on PBS featuring the Center for Advanced Spatial Technologies, on Tuesday, July 1, in in Ken and Linda Sue Shollmier Hall, Room 250 in Vol Walker Hall.

The screening, which focuses on the pyramids in Egypt, is free and open to the public. It will begin at 6:30 p.m. opening remarks from Todd Shields, dean of the J. William Fulbright College of Arts and Sciences. A question-and-answer session with CAST researchers will follow the one-hour episode.

Time Scanners took the CAST researchers to historic locations around the world, including the pyramids in Egypt, St. Paul’s Cathedral in London and the ancient desert city of Petra. CAST researchers used their advanced remote sensing technology to collect and analyze billions of measurements to form what is known as a point cloud, which not only provided a 3-D perspective of these structures but also solved some of the enduring engineering mysteries surrounding them.

According to PBS, the series “reveals physical and forensic history, allowing viewers to reach out and touch the past.”

“This was a once-in-a-lifetime experience for our researchers to create point clouds for some of the world’s most famous feats of architecture and engineering,” said Jackson Cothren, director of CAST. “We were recognized as one of the preeminent organizations that could do this. Being part of this series capped a decade-long growth period for CAST.”

CAST, established in the J. William Fulbright College of Arts and Sciences in 1991, is dedicated to research and applications in geospatial analysis and modeling, remote sensing and digital photogrammetry. Remote sensing is the measurement or acquisition of information about an object without direct contact, such as by satellite imaging, radar or aerial photography. Photogrammetry is the science of recording, measuring and interpreting photographic images or other two-dimensional, remotely sensed data.

“Our role in the series is portrayed strongly as the technologists, experts and analysts in gathering and interpreting the data,” said Malcolm Williamson, a research associate at CAST who collected and analyzed data in Egypt and Jordan.