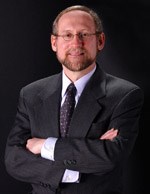 Legal expert Paul Finkelman will present “Voting and Race Discrimination: Back to the Bad Old Days?” at 4 p.m. on Tuesday, Feb. 18, in Room 324 of the University of Arkansas School of Law. The event is free and open to the public and is part of the Hartman Hotz Lectures in Law and Liberal Arts series.

Finkelman is the President William McKinley Distinguished Professor of Law and Public Policy and Senior Fellow in the Government Law Center at Albany Law School. He is the author of more than 150 scholarly articles and more than 30 books. His op-eds and shorter pieces have appeared in the New York Times, the Washington Post, USA Today and on the Huffington Post. He was recently named the ninth most cited legal historian according to "Brian Leieter's Law School Rankings."

Finkelman is an expert in constitutional history and constitutional law, freedom of religion, the law of slavery, civil liberties and the American Civil War, and legal issues surrounding baseball. He has written extensively on Thomas Jefferson and on Abraham Lincoln. Finkelman was the chief expert witness in the Alabama Ten Commandments monument case, and his scholarship on religious monuments in public spaces was cited by the U.S. Supreme Court in Van Orden v. Perry (2005). His scholarship on the Second Amendment also has been cited by the Supreme Court. In 2002 he was a key expert witness in the suit over who owned Barry Bonds' 73rd home run ball.