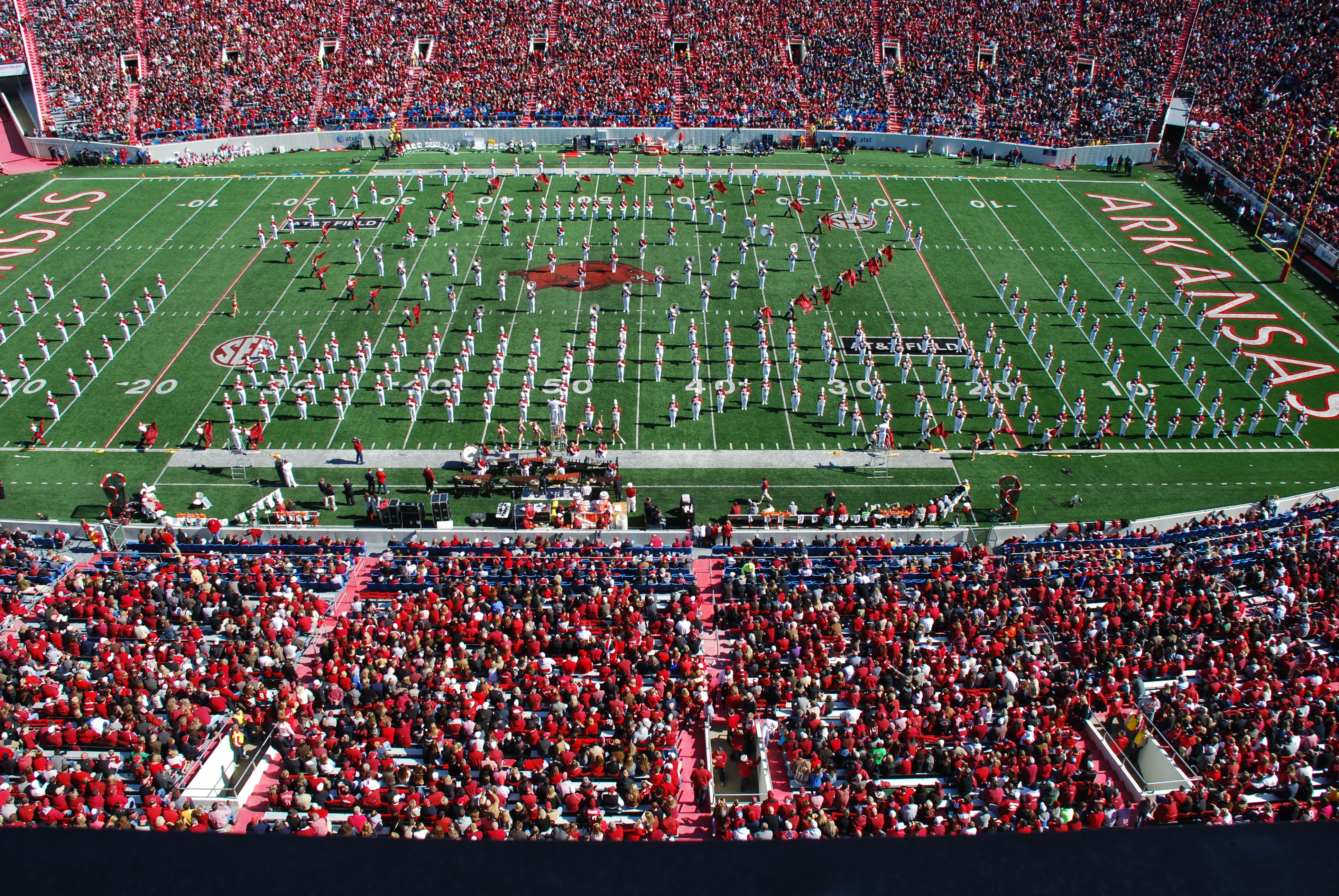 The Beatles Show debuts Ben Chamberlain as director of athletic bands and Jamal Duncan as assistant director of bands.

"The band prepared the music and drill during our annual early week," said Chamberlain. "This is an outstanding group of students, and I know our loyal Razorback fans will be impressed with their talent."

The band will perform the Beatles Show for the first three home games: Louisiana on Aug. 31, Samford (at War Memorial Stadium in Little Rock) on Sept. 7 and Southern Mississippi on Sept. 14. Students met Saturday, Aug. 17, through Friday, Aug. 23, for early week practices.

The Razorback Marching Band, part of the department of music in the J. William Fulbright College of Arts and Sciences, has more than 340 student members representing every college within the university.