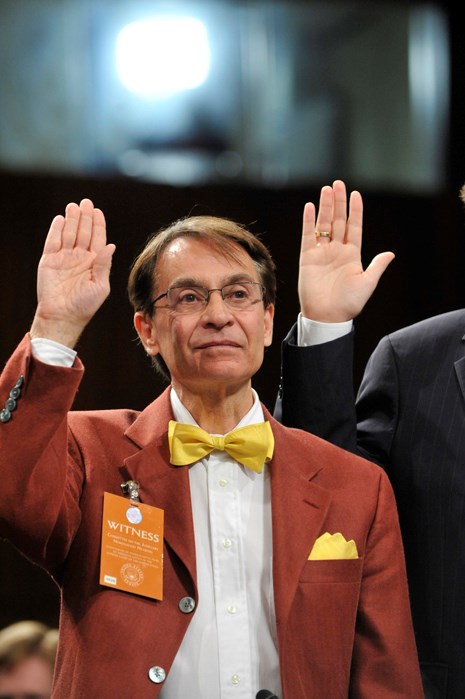 FAYETTEVILLE, Ark. – One of the nation’s foremost authorities in the areas of constitutional law and professional responsibility, Ronald D. Rotunda, will lecture on judicial elections and ethics at 4 p.m. Thursday, Nov. 11, in the E.J. Ball Courtroom at the School of Law. The talk is free and open to the public and will qualify for one hour of free ethics credit in continuing legal education for Arkansas.

Rotunda will present “Constitutionalizing Judicial Ethics: Judicial Elections after Republican Party v. White, Caperton & Citizens United.” The lecture will examine such topics as the move away from electing judges to appointing them and the public’s preference for electing judges in spite of its concern that campaign contributions affect the impartiality of judges.

Rotunda is the Doy & Dee Henley Chair and Distinguished Professor of Jurisprudence at the Champman University School of Law. His multi-volume treatise on constitutional law, coauthored with John Rotunda, is the standard reference work in this field for judges, practitioners and scholars. His one volume hornbook on the same subject is in turn the single most important and most frequently used student aid for the study of constitutional law.

The presentation on Thursday is sponsored by the University of Arkansas Hartman Hotz Lectures in Law and Liberal Arts, the J. William Fulbright College of Arts and Sciences, and the School of Law.

Rotunda also will moderate a panel on judicial elections at 2:30 p.m. Friday, Nov. 12, in the E.J. Ball Courtroom. The panel discussion, sponsored by the Arkansas Law Review, will feature Arkansas Supreme Court Justice Robert Brown and Arkansas Circuit Court Judge Wendell Griffen. The discussion is free and open to the public and will qualify for two hours of free general credit of continuing legal education.