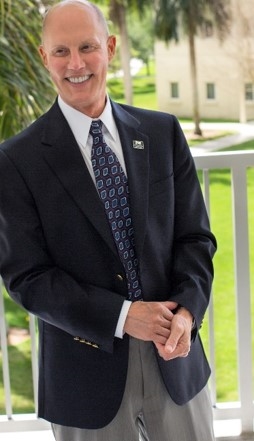 Mark Williams, Ph.D., dean of the Fay W. Boozman College of Public Health at the University of Arkansas for Medical Sciences, will speak on campus Friday, Oct. 14.

The University of Arkansas Center for Public Health and Technology has launched a new speaker series focused on public health research, health literacy and emerging media and digital technologies.

The second event will feature Mark Williams, Ph.D., dean of the Fay W. Boozman College of Public Health at the University of Arkansas for Medical Sciences, at noon on Friday, Oct. 14, in the Graduate Education Building, room 239. Lunch will be provided. Williams' talk is titled "What's in a picture: The influence of social networks on health." Registration is required.

Williams has been a public health scientist and practitioner for more than 30 years. He has published more than 200 peer-reviewed articles and book chapters on behavioral epidemiology, disease prevention and health promotion in underserved and minority populations. His scholarly works include seminal studies of HIV transmission in injection drug users, the dynamics of disease transmission in social networks, and prevention of blood-borne and sexually transmitted pathogens.

The Center for Public Health and Technology, in the U of A College of Education and Health Professions, is a new hub for interdisciplinary research. The center specializes in public health research and communication, health literacy, and emerging media and digital technologies in the U.S. and around the globe. Faculty bring together diverse disciplines and capitalize on mixed methodologies to support public health surveillance, intervention and evaluation in advancing health and human rights, social justice and health equity.

The speaker series is co-sponsored by the center and the college's newly-launched "WE CARE" initiative.