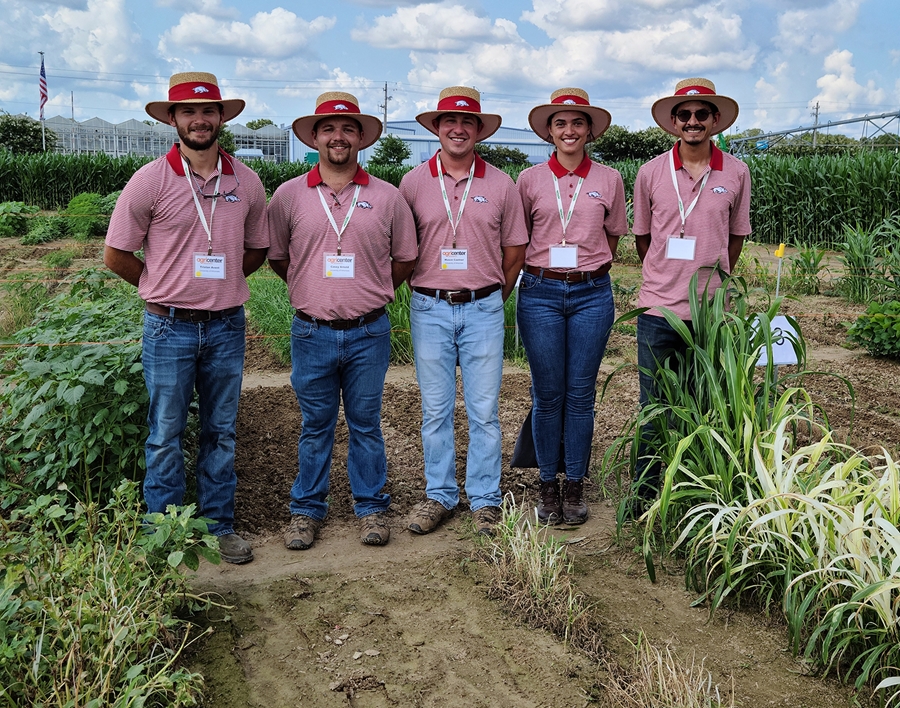 The U of A weed science team closed the summer by winning the Southern Weed Science Society Southern Weed Contest in Memphis on Aug. 2.

Competitors rotated to different stations where various weed science-related scenarios were staged. From herbicide symptomology and calibration, to weed identification and crop/weed situation recommendations, students were tested and scored in each area.

Team members, all students in the Department of Crop, Soil and Environmental Sciences in the Dale Bumpers College of Agricultural, Food and Life Sciences, include Tristen Avent, Mason Castner, Casey Arnold and Juan Camilo Velasquez.

The team is coached by Jason Norsworthy, Distinguished Professor and Elms Farming Chair of Weed Science, and Nilda Roma-Burgos, professor of weed physiology and molecular biology.

The Weed Science Society of America promotes research, education and extension outreach activities related to weeds; provides science-based information to the public and policy makers; and fosters awareness of weeds and their impacts on managed and natural ecosystems.