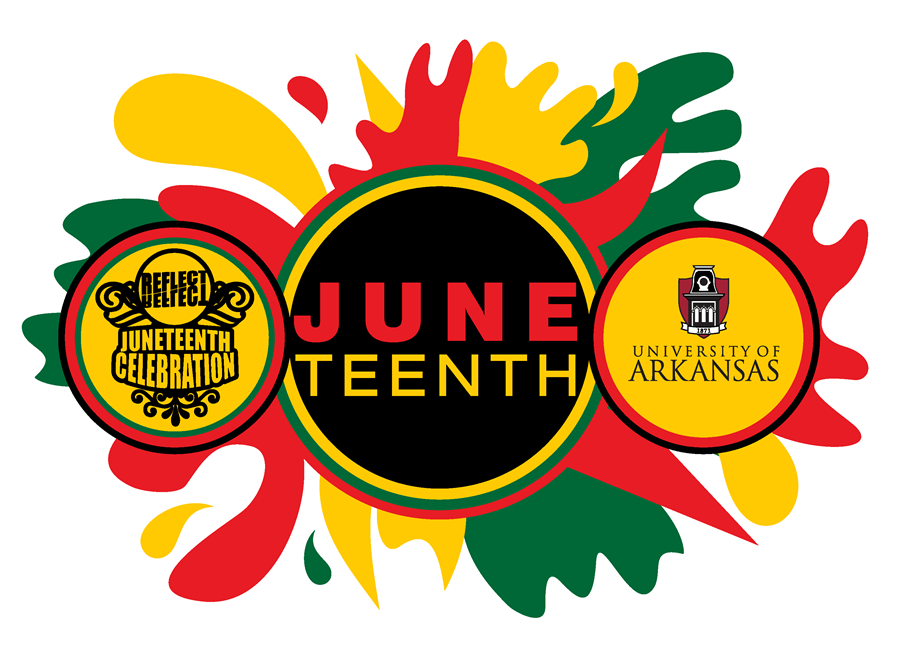 The U of A and the NWA Juneteenth Committee invite the Northwest Arkansas community, friends and family to the annual Juneteenth Celebration on Father’s Day weekend.

The weekend is part of the country-wide holiday that commemorates the anniversary of the emancipation of African Americans.

Between Thursday, June 16, and Sunday, June 19, various free events are open to the public throughout the Northwest Arkansas region. The celebration will be capped with the “Freedom Festival” in downtown Springdale on Sunday, June 19, the official Juneteenth holiday. 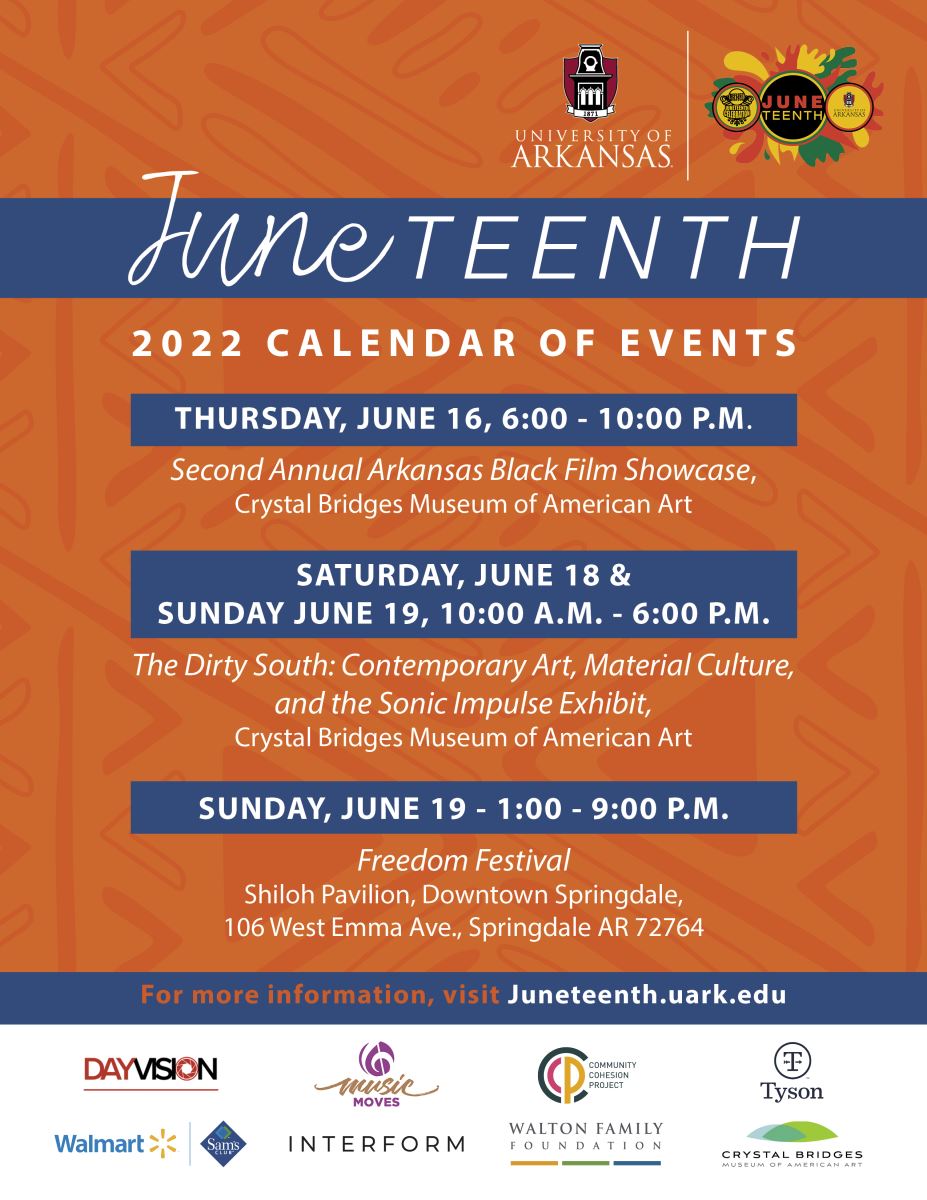 The NWA Juneteenth Committee, in association with DAYVISION Films, Crystal Bridges and the Community Cohesion Project, brings the African American film experience to Northwest Arkansas in an effort to bring awareness, education, exposure and networking opportunities for Black Arkansans, both native and residential.

The showcase will take place on Thursday, June 16, from 6-10 p.m. at Crystal Bridges and is free to the public.

The Dirty South: Contemporary Art, Material Culture, and the Sonic Impulse is an art exhibit organized by the Virginia Museum of Fine Arts and will examine the aesthetic and musical traditions of Southern Black culture in the past century, influences now common throughout the American South and contemporary American art and culture.

In an immersive experience that engages multiple senses, The Dirty South spotlights the Southern landscape through its musical heritage, spiritual complexity and regional swagger. The exhibition features works of sculpture, paintings, works on paper, assemblage, textiles and music, as well as ephemera from music culture, including instruments, music videos, costumes, lyrics and personal effects.

Ultimately, The Dirty South creates an engaging opportunity to experience a deeper understanding of the African American South and its undeniable imprint on the history of American art.

The Juneteenth Celebration events are sponsored by:

Juneteenth, or the "19th of June," is the oldest nationally celebrated commemoration of the ending of slavery in the United States. It recognizes June 19, 1865, in Galveston, Texas, when Union Gen. Gordon Granger announced freedom for all slaves in the Southwest.

This was the last major vestige of slavery in the United States following the end of the Civil War and occurred more than two and a half years after the Emancipation Proclamation was issued by Pres. Abraham Lincoln. Upon the reading of General Order No. 3 by Granger, the former slaves celebrated jubilantly, establishing America's second Independence Day celebration and the oldest African-American holiday observance.

In 2006, the Arkansas legislature first recognized Juneteenth as a state memorial day commemorated by the issuance of a proclamation from Gov. Mike Huckabee.

For more information about the Northwest Arkansas Juneteenth Celebration, please visit the Juneteenth.uark.edu or contact Danielle Williams at dlw11@uark.edu.