Sesquicentennial Documentary 'If This Walk Could Talk' Named Best Feature 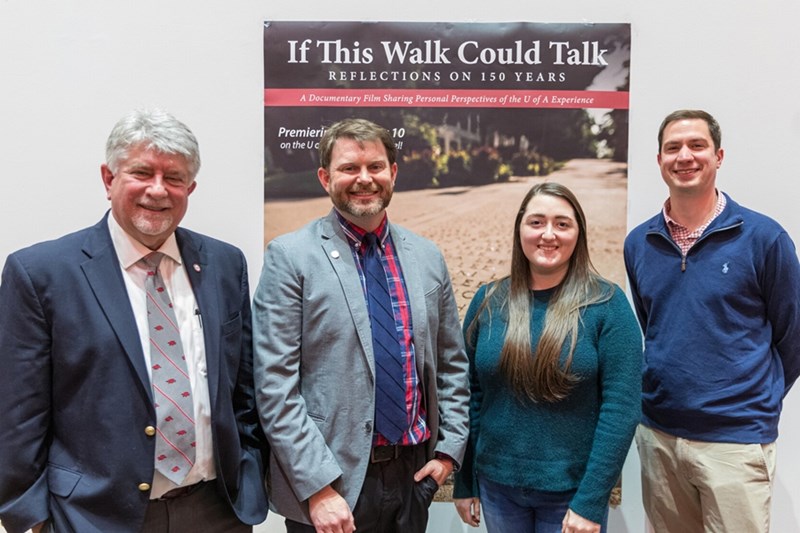 The recently released documentary, If This Walk Could Talk, which tells stories about the U of A through the lens of the university’s unique Senior Walk tradition, was named the “Best Feature Film” at the Made in Arkansas Film Festival.

The film, which was created as part of the U of A’s sesquicentennial celebration, shares personal reflections, many pulled from historic documents, yearbooks and film clips, about the U of A from students, faculty, staff, alumni and campus leaders over the past 150 years.

The Made in Arkansas Film Festival included more than 50 short films, features and documentaries that were showcased over three days at the Ron Robinson Theater in the Central Arkansas Library. If This Walk Could Talk was shown as the closing night feature.

The film originally premiered on Feb. 10 at at the Faulkner Performing Arts Center. The entire documentary as well as the premiere event can be viewed on the U of A’s official YouTube page.

Produced and directed by Emmy Award winning documentary filmmaker Larry Foley, chair of the School of Journalism and Strategic Media, If This Walk Could Talk required more than a year of collecting interviews and combing through 150 years of historic accounts to provide a sample of some of the personal stories and memorable events in the university’s history.

“It was an honor to produce this film,” Foley said. “We had a great team and rich material from 150 years to mine from. Our campus provided a beautiful canvas for our stories, connected by our most hallowed tradition, Senior Walk.”

Foley, a 1976 journalism graduate of the U of A, worked with University Relations to develop the film. Fellow alumni John Cooper, Ben Goodwin and Brian Petty as well as former U of A employee Ashley Acord provided the bulk of the production, videography and editing for the documentary. Emeritus professor of music James Greeson also composed the original score.