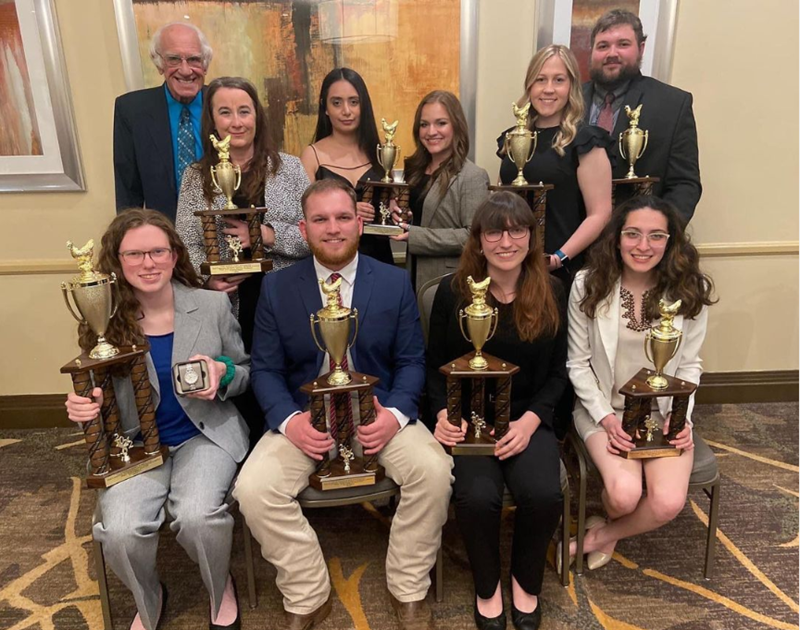 The U of A poultry judging team placed third in the National Poultry Judging Contest hosted by Louisiana State University.

"I wanted to be on the poultry judging team because I knew it would help me in my future career, whatever I do," Feuerborn said.

She explained that poultry judging is multi-faceted and has a lot of variety.

"It's evaluating birds, carcasses and eggs for the characteristics that are essential to their purpose," Feuerborn said. "I have used judging techniques to evaluate broilers and broiler breeders in classes and FFA."

Not only does poultry judging help Feuerborn prepare for her future career, but it helps her make connections with fellow teammates.

About the University of Arkansas: As Arkansas' flagship institution, the U of A provides an internationally competitive education in more than 200 academic programs. Founded in 1871, the U of A contributes more than $2.2 billion to Arkansas' economy through the teaching of new knowledge and skills, entrepreneurship and job development, discovery through research and creative activity while also providing training for professional disciplines. The Carnegie Foundation classifies the U of A among the few U.S. colleges and universities with the highest level of research activity. U.S. News & World Report ranks the U of A among the top public universities in the nation. See how the U of A works to build a better world at Arkansas Research News.