U of A Honors College Announces 2022 Bodenhamer Fellows 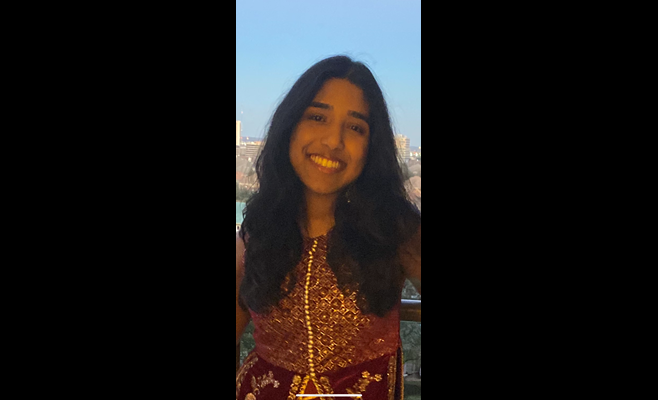 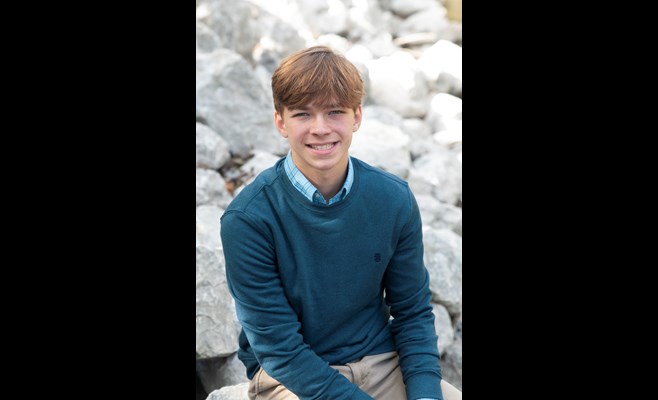 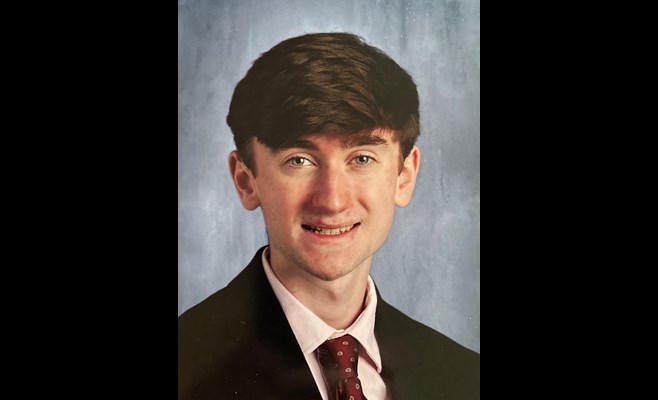 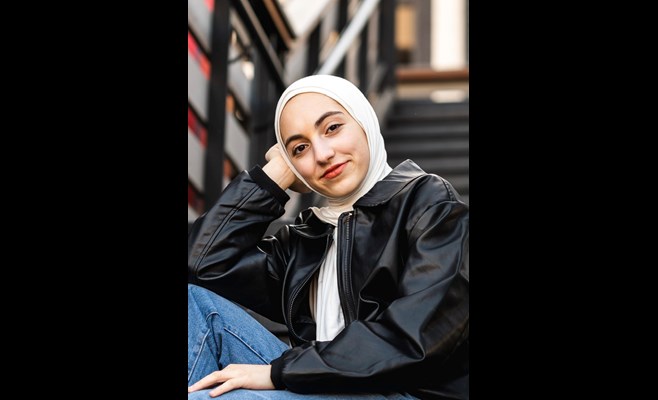 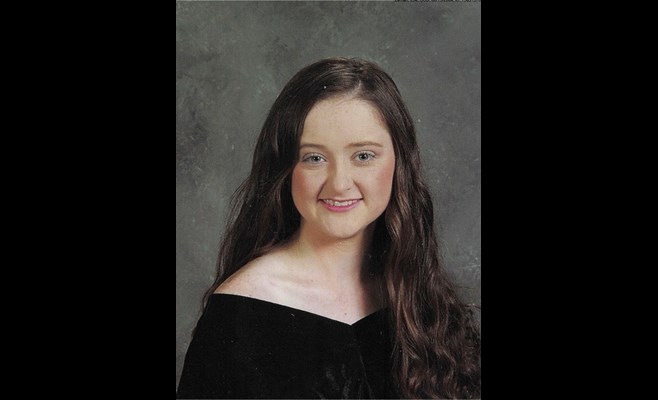 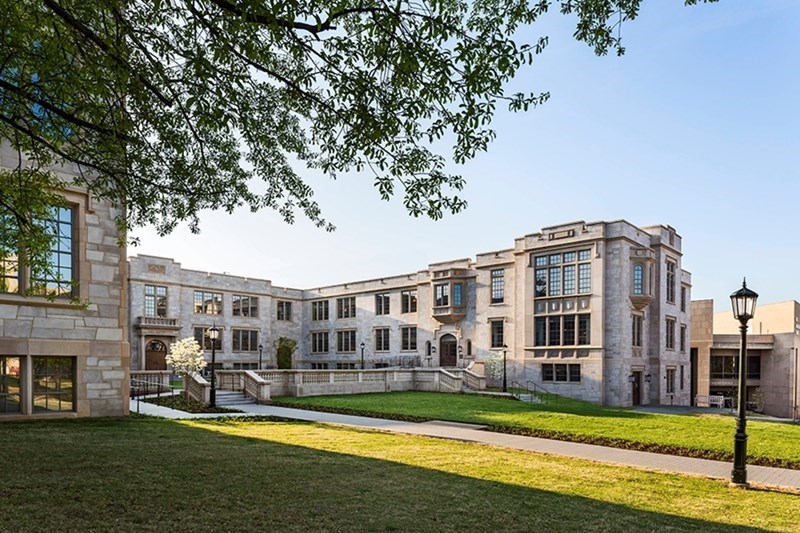 Gearhart Hall - the home of the U of A Honors College

The U of A Honors College has selected six incoming freshmen as the recipients of this year’s Bodenhamer Fellowships, all ranging widely in interests and skills.

The Bodenhamer Fellowship is one of the most prestigious scholarships the university offers to undergraduates, awarding each student $80,000 over the four-year course of their education.

The 2022 Bodenhamer Fellows are:

The fellowship, now in its 24th year, cultivates a strong sense of community among current and alumni recipients as they pursue an impressive range of careers and graduate and professional degrees.

“I’m delighted to welcome the Bodenhamer class of 2026 to the Honors College,” said Honors College Dean Lynda Coon. “These exceptional students exhibit a wide variety of academic and research interests and an unquenchable thirst for community engagement. We look forward to welcoming this new group of Bodenhamer fellows to the University of Arkansas.”

The Bodenhamer Foundation, created by Lee Bodenhamer (B.S.B.A.’57, M.B.A.’61, both at U of A, and D.B.A.’68, Harvard), established the Bodenhamer Fellowships in 1998. Students must score at least a 32 on the ACT and have a grade point average of 3.8 or higher in order to be eligible for the award. Community service, extracurricular activities and evidence of intellectual curiosity, leadership and creativity are also considered in the selection process.

In addition to covering the normal cost of attending the university, the fellowship may be used for study abroad, attendance at professional and educational conferences, research and any special equipment that Fellows may need.

Additionally, the Honors College will host a community-building weekend for Bodenhamer Fellows in a lodge on the King’s River in August. Incoming freshman as well as sophomore, junior and senior Bodenhamer Fellows who missed the traditional summer trip due to COVID will be invited. Students will have opportunities to hike, raft on the King’s River and explore historic Eureka Springs.

The new Bodenhamer Fellows will join a group of 156 current and alumni Fellows who have benefited from the generous support of the Bodenhamer family. Alumni Fellows are excelling in a wide range of career paths, from working on the front lines of COVID, founding and growing startups, and making breakthroughs in the lab to figuring out how to build and power our communities more sustainably. Many are pursuing advanced degrees at universities such as Harvard, Yale and Vanderbilt.

Haarika Ayyadevara is a graduate of Little Rock Central High School, where she was co-captain for Science Olympiad. She was selected to participate in Camp Neuro at UAMS, where she performed sheep brain dissection and suturing, and physical and neurological exams.

Ayyadevara is a National Merit Finalist. She won first place at regional and state Science Olympiad tournaments and second place in Central Arkansas Regional Science Fair. She presented her work in Alzheimer’s research at the 23rd International C. elegans Conference and was nominated to present at the International Science and Engineering Fair.

Ayyadevara volunteered for Learning Ally, a nonprofit that develops audiobooks for struggling learners, and is a student and performer of carnatic music, a form of Indian classical music. She plans to major in biology and is the daughter of Rajani and Srinivas Ayyadevara.

Lincoln Bartelt graduated from Shawnee Mission Northwest High School in Shawnee, Kansas, where he was statewide president of the Business Professionals of America, vice president of the Math National Honor Society and an executive board member of the Debate and Forensics club.

Bartelt is a National Merit Finalist and an IB Diploma Candidate. He received second and third place in the Business Professionals of America state competition and highest honors in the WordWright Challenge, a national school competition.

Bartelt participates in Earth First, an environmental club, and is a varsity team member for cross country and track and field. He plans to major in economics. He is the son of Nancy and Todd Bartelt.

Gweneth Keith-Powell graduated from the Arkansas School for Mathematics, Sciences and the Arts in Hot Springs, where she was treasurer of the Botany and Zoology Club; a member of the Geology, Environmental Science and Oceanography Club; and completed invasive plant management research in collaboration with Hot Springs National Park.

Keith-Powell is a National Merit Finalist. She helped teams win second place in plant science at the Arkansas State Science and Engineering Fair and tie for first place in plant science at the West Central Regional Science Fair. She was awarded an “outstanding project” by the Society for In Vitro Biology and was honored as a top physics student at the Arkansas School for Mathematics, Sciences and the Arts.

Keith-Powell serves as concertmaster for her school orchestra and is also a member of the Arkansas Symphony Youth Orchestra. She regularly volunteers for Hot Springs National Park, is a peer mentor and is helping to build and maintain a native pollinator garden at her school. She plans to major in biochemistry and is the daughter of Paula Keith and David Powell.

Ian Popp is a graduate of Haas Hall Academy in Fayetteville, where he was the class valedictorian. He served as senior representative of the Beta Club, an honor and service organization; head delegate and delegate speaker of Arkansas Model UN; co-captain of the quiz bowl team; and captain of both the cross country and track teams. He was also a member of Mu Alpha Theta, the mathematics honor society.

Popp is a National Merit Finalist. He received an honorable delegate award at Model UN, and he helped his school teams win second-place awards in the Arkansas Economics Competition, the State Jr. Quiz Bowl and the State Quiz Bowl.

Popp was elected to two leadership positions at Boys State. He has volunteered as a tutor for the Haas Hall Academic Achievement Initiative program and for the M&N Augustine Foundation. He plans to major in chemical engineering and is the son of Jennie and Michael Popp.

Leen Samman graduated from Southside High School in Fort Smith, where she was president of the National Honor Society and served on the Superintendent Advisory Council.

Samman is a National Merit Finalist, an AP Scholar with Distinction and an AP Capstone Diploma recipient. She also received the Arkansas Seal of Biliteracy, which certifies her proficiency in the Arabic language.

Samman is a second-degree black belt in Korean Martial Arts, teaches martial arts classes to children and adults, founded an Arabic book club in her community and has worked on news segments and reporting for Southside High School’s Mav Media. She plans to study pre-med and is the daughter of Kefah Daas and Zaki Samman.

Zeman is a National Merit Commended Student and received the AP Scholar award, as well as the AP Chemistry and AP English Literature and Composition awards. She also won the FFA Chapter Star Greenhand Award and the Chapter Leadership Award.

Zeman is a member of the FFA Horse Evaluation Team and has had multiple top 10 individual rankings at contests. Additionally, she is a member of the Central Arkansas Horse Show Association and has qualified to compete at the Arkansas State Championship Horse Show and Show of Champions. She plans to major in animal science and is the daughter of Gina Osier and Neal Zeman.

About the Honors College: The University of Arkansas Honors College was established in 2002 and brings together high-achieving undergraduate students and the university’s top professors to share transformative learning experiences. Each year the Honors College awards up to 90 freshman fellowships that provide $80,000 over four years and more than $1 million in undergraduate research and study abroad grants. The Honors College is nationally recognized for the high caliber of students it admits and graduates. Honors students enjoy small, in-depth classes and programs are offered in all disciplines, tailored to students’ academic interests, with interdisciplinary collaborations encouraged. All honors graduates have engaged in mentored research.