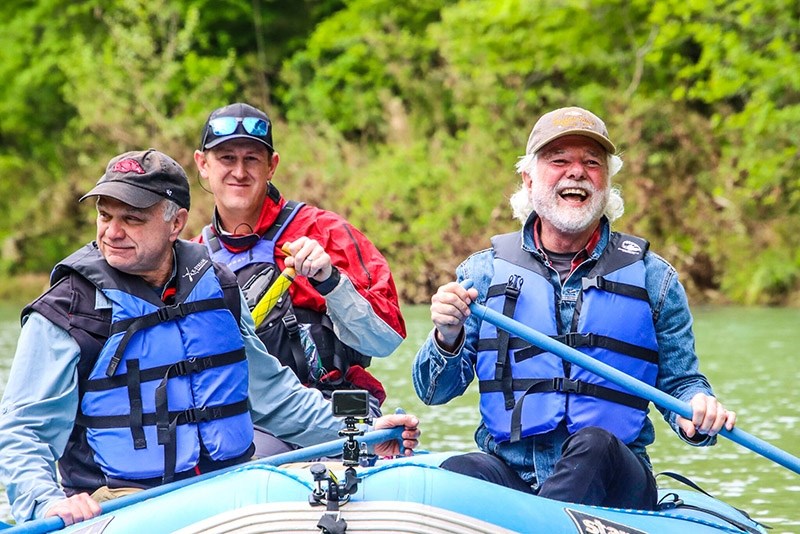 Arkansas-filmed episodes of the PBS series America's Forests with Chuck Leavell will be premiered in free, back-to-back screenings Thursday, April 21, in Fayetteville and Bentonville. These two half-hour episodes highlight what's exceptional about Arkansas through interviews with an array of stakeholders in the forest culture and economy in regions around the state.

These screenings are presented through a collaboration between the Fay Jones School of Architecture and Design, Crystal Bridges and the producers of America's Forests with Chuck Leavell. Each event will include a conversation with Leavell, as well as a short performance of music from his career. Each event also will include a screening of a 30-minute version of the documentary Chuck Leavell: The Tree Man, which shows how Leavell divides his talents between music, forests and family.

Leavell may be best known as the keyboardist and musical director for The Rolling Stones, but he is also an educated and enthusiastic forestry advocate, conservationist and tree farmer. As host of the America's Forests series, Leavell serves as the on-camera guide, traveling across the country to interview people who are passionate about the gifts provided by the woodlands and exploring creative solutions to complex problems impacting this important natural resource. The series is produced by Choose Outdoors and 42 Degrees North Media.

The production crew filmed the two Arkansas episodes in locations throughout the state in 2021. The episodes celebrate the natural resources and cultural heritage of Arkansas, which is nearly 57 percent forested, with almost 12 billion trees of diverse species growing on almost 19 million acres.

"Filming in Arkansas was truly an inspirational experience," Leavell said. "The wonderful people we met across the state, the magnificent scenery and outdoor adventures, and the introduction to the many benefits of Arkansas' forests all made our time in this beautiful state a true memory that I will always cherish." 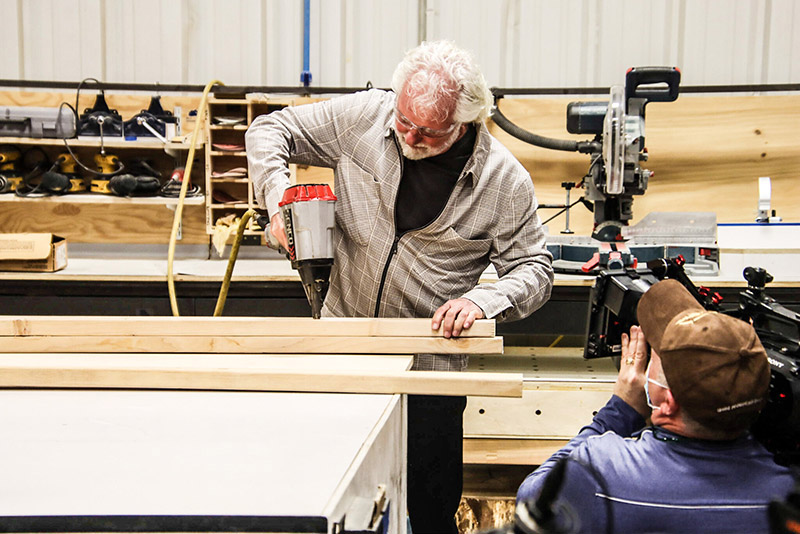 Chuck Leavell, host of “America’s Forests with Chuck Leavell,” tours the Fay Jones School of Architecture and Design’s Build Lab during the filming of the Arkansas episodes.

The Ozarks episode features interviews with Dean Peter MacKeith on the U of A campus; Joe Fox, Arkansas state forester, while floating the Buffalo National River from Ponca; Hardy Wentzel, CEO of Structurlam Mass Timber Corporation, and Gov. Asa Hutchinson at the first U.S. location of Structurlam in Conway; and Becca Ohman, garden director, at Garvan Woodland Gardens in Hot Springs. While at Blanchard Springs Caverns, Leavell took advantage of the caverns' unique acoustics to play mandolin with some local musicians.

The Delta episode features interviews with Kyle Miller, director of the Delta Cultural Center in Helena; Debbie Doss, founder of the Arkansas Watertrails Partnership, among the swamps of tupelo and bald cypress of Bayou DeView; Ross Whipple, landowner and conservationist, at Big Lake Hunting Club; and John Ed Anthony, chairman of the board, and Steven Anthony, president, of Anthony Timberlands, a family-owned company in Bearden. They also highlighted an ecosystem restoration project in the Ouachita National Forest to help recover the red-cockaded woodpecker. While at the Delta Cultural Center, Leavell played keyboard in a jam session with local blues musicians.

The Anthony family has been in the timber business for five generations in south Arkansas. John Ed Anthony and his wife, Isabel, gave the lead $7.5 million gift for the Anthony Timberlands Center for Design and Materials Innovation, a new research and education facility in the design phase for the Fay Jones School.

"These episodes demonstrate the virtues and value of Arkansas' forests to a larger national audience," said Dean Peter MacKeith, "and they highlight the incredible work being done by so many across the state in forestry, conservation, stewardship, economic development and innovative action for the greater good. To work with Chuck Leavell and the production team was truly special and rewarding."

"The support we received from so many different people and organizations made our two episodes really special," said Bruce Ward, executive producer of America's Forests with Chuck Leavell. "From government agencies to the timber industry to conservation organizations, individual donors and the University of Arkansas, we were welcomed and provided all the resources we needed to produce these amazing episodes."