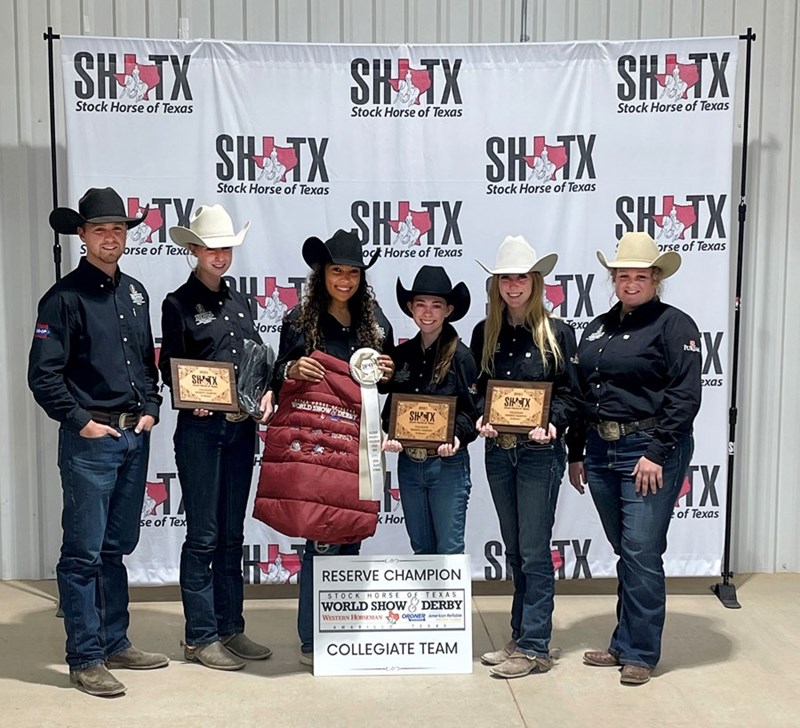 The ranch horse team, made up of animal science students and coached by Jordan Shore and Sidney Dunkel, shows off awards from winning the Stock Horse of Texas World Show Division 2 championship.

The U of A ranch horse team won the reserve Division 2 championship at the Stock Horse of Texas World Show in October and earned a spot in the Invitational Collegiate Ranch Horse Competition at the Fort Worth Stock Show and Rodeo in February.

"There was a tremendous amount of effort these students had to put in to be able to compete at this event," Shore said. "Both Sidney and I are extremely proud of what they have accomplished. They are not average college students. When the going got tough, they leaned into the struggle and came out with a win for our program. On top of finishing school work and being prepared for this show, they deserve to be called above average students."

The team is housed in the Department of Animal Science in the Dale Bumpers College of Agricultural, Food and Life Sciences.