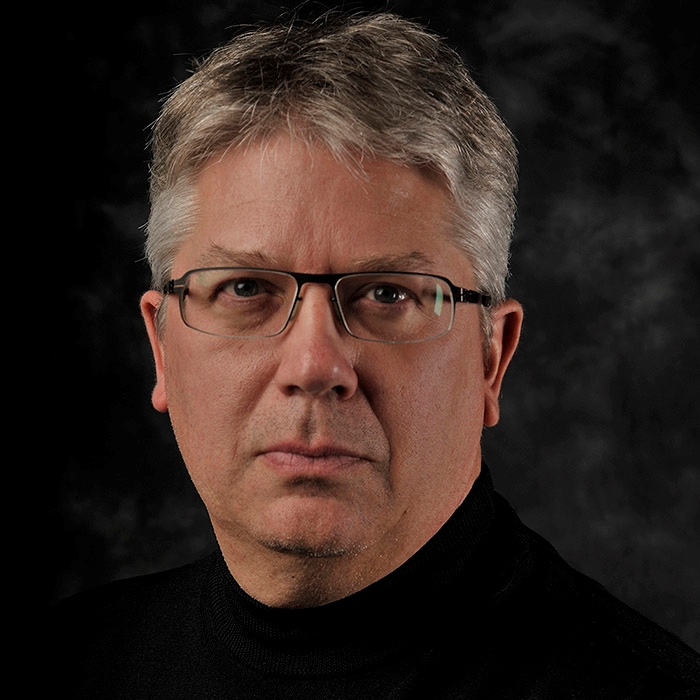 Peter MacKeith, dean and professor of architecture in the Fay Jones School of Architecture and Design, has been recognized by the Arkansas chapter of the American Institute of Architects with its 2021 Award of Merit.

Peter MacKeith, dean and professor of architecture in the Fay Jones School of Architecture and Design at the U of A, has been recognized by the Arkansas chapter of the American Institute of Architects with its 2021 Award of Merit.

The Award of Merit recognizes an individual, public official, member of any allied profession, public agency or company that through interest, activity and concern with the profession of architecture, has advanced the cause of good planning and design and/or contributed to the dignity and value of the architectural profession. MacKeith received the award during the AIA Arkansas Design Awards held Thursday, Oct. 21, during the organization's annual convention in Hot Springs.

MacKeith, a nationally recognized design educator and administrator, was appointed dean of the Fay Jones School in 2014. During his leadership over the past seven years, the school has grown significantly in student enrollment, retention and graduation outcomes; faculty appointments and accomplishments; curricular programs; diversity initiatives; community engagements and outreach centers; externally funded research; new facilities; and financial resources.

In their nomination letter, Chris Baribeau, Josh Siebert and Jason Wright, principal architects at Modus Studio of Fayetteville, described how MacKeith quickly began assessing the potentials of the school and the state after arriving in Arkansas. In particular, he brought knowledge of how the use of mass timber technology could impact the design and construction industry and improve economic development in the state — while supporting the U of A's land-grant mission.

"He clearly saw a vision for our native forests as a prime resource for the very structures we build to increase capacity for sustainable and resilient endeavors," they stated.

MacKeith has integrated mass timber in the school's design studio curriculum and advocated for its use in university projects, including the Library Storage Facility, the Adohi Hall student residential facility and another project in the design phase — the Anthony Timberlands Center for Design and Materials Innovation.

Part of the Fay Jones School, this Anthony Timberlands Center will house advanced fabrication equipment, additional design studios and classrooms, and will be built almost entirely of Arkansas-sourced timber and wood. This will be the first project in the United States designed by Grafton Architects of Ireland — the firm led by Yvonne Farrell and Shelley McNamara, winners of the 2020 Pritzker Architecture Prize and the 2020 Royal Gold Medal for Architecture.

In his letter of support, professor and architect Marlon Blackwell noted MacKeith's impact on the educational culture of the Fay Jones School and the community at large, as well as his influence on elevating the school's national and even international reputation. MacKeith's advocacy of the school among the timber industry, for instance, has led to nearly $1 million in research grants from the U.S. Forest Service and other entities.

Under MacKeith's leadership over the past seven years, the total student enrollment in the school's architecture, landscape architecture and interior design programs has increased by nearly 80 percent. One driver is the expansion of the summer Design Camp to locations across the state, which in turn has recruited many young students into the design school.

"The breadth of his impact on architecture in the state of Arkansas is difficult to capture, but will be felt well beyond his tenure," Blackwell said.

In her letter of support, Ethel Goodstein-Murphree, associate dean and professor of architecture, pointed out MacKeith's ability to increase research funding for the school and its faculty members — "thus supporting the school's growing reputation for leadership in creative practice and scholarship." She also lauded MacKeith's focus on achieving the school's goals in diversity, equity and inclusion, "with special attention to the design disciplines' obligations to inculcate social justice and equity into all of their endeavors."

In creating the Master of Design Studies post-professional degree, Goodstein-Murphree said, MacKeith also focused the curriculum to address pressing issues, with the current concentrations of study in resiliency design and integrated wood design, and the development of future concentrations in the areas of preservation design, housing design, and health and wellness design.

A 2020 Senior Fellow of the Design Futures Council, MacKeith has been recognized twice by Design Intelligence as a "design educator of the year" (2017 and 2019) and twice by the Association of Collegiate Schools of Architecture with national awards for "creative achievement in design education" for his design studio teaching and curatorial work.

MacKeith serves as chair of the advisory committee for the Northwest Arkansas Design Excellence Program, a regional initiative of the Walton Family Foundation, and is a member of the editorial board of Places Journal for architecture, landscape architecture and urbanism. He recently oversaw a nearly $70 million capital campaign for the Fay Jones School, and he is guiding the design and construction of the Anthony Timberlands Center for Design and Materials Innovation, which is slated for completion in late 2023.