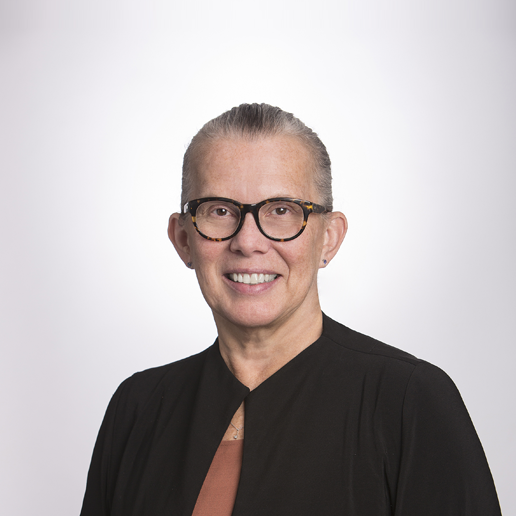 Janie Simms Hipp, whose domestic and international career spans more than 35 years in the agriculture sector as an agriculture and food lawyer and policy expert, has been named general counsel for the U.S. Department of Agriculture. She was nominated by Pres. Joe Biden and approved by the U.S. Senate on a voice vote Aug. 1.

In her new post, she will serve as the USDA's chief legal officer and will oversee an office with more than 200 attorneys in Washington and across the country.

"I am thrilled and excited, in addition to being truly humbled and honored, to take on the role of general counsel at USDA," Hipp said. "My education and training within the LL.M. program and my years of interaction with the law school — both as a staff person within the school and a colleague — have equipped me well to take on this important role. I wish our LL.M. program founder, Jake Looney, was still with us. He would have been proud to know that those hours of grilling me during my studies actually equipped me to take on this role."

"I have known Janie for decades and have always admired her dedication and commitment," said Susan Schneider, director of the LL.M. Program and the William H. Enfield Professor of Law. "There is no one who has worked harder for farmers or been more effective in addressing injustice. I am so very proud to have her as one of our alumni. She is an inspiration to our students."

U.S. Sen. John Boozman stated that Hipp will excel as the general counsel at USDA — someone who can be relied upon by Congress and the agriculture community to provide sound, practical and candid legal guidance to the department. "I am also pleased that the Senate moved to confirm her in a timely, bipartisan manner," Boozman said. "It will be a welcome sight to have a fellow Razorback serving in a leadership capacity at USDA."

Hipp has served as national program leader for Farm Financial Management, Trade Adjustment Assistance, Risk Management Education and the Beginning Farmer and Rancher Development programs at the USDA National Institute for Food and Agriculture. She also served as a division director within the USDA Risk Management Agency, and thereafter, served as senior adviser for tribal relations to Sec. Tom Vilsack.

On Hipps' confirmation, Vilsack said, "Adding Janie's expertise to the strong senior leadership team at USDA will only further our efforts to expand opportunity for those who live, work and raise their families in rural communities, especially in those communities that have experienced persistent poverty, make good on USDA's responsibility to provide nutrition assistance to children and families, and contribute to removing barriers to access to USDA programs wherever they exist."

"Janie is passionate about tribal and rural communities in America and has been a champion for diversity, inclusion and equity," said Margaret Sova McCabe, dean of the law school. "She has built a remarkable career as an agriculture and food lawyer, and we look forward to following her journey with incredible pride."

Hipp is the author of numerous publications, including her most recent ones: the Feeding Ourselves report, co-authored with Wilson Pipestem and Crystal EchoHawk; the Regaining Our Future report with Colby Duren; and most recently the Reimagining Native Food Economies. She has also received many accolades and awards, including the President's Volunteer Service Award for Lifetime Achievement, awarded and signed by former president Barack Obama, and the National Center for American Indian Economic Development's 2017 Tim Wapato Public Advocate of the Year Award. She was also recently honored by the Congressional Hunger Center with their 2021Trailblazer Hunger Leadership Award.