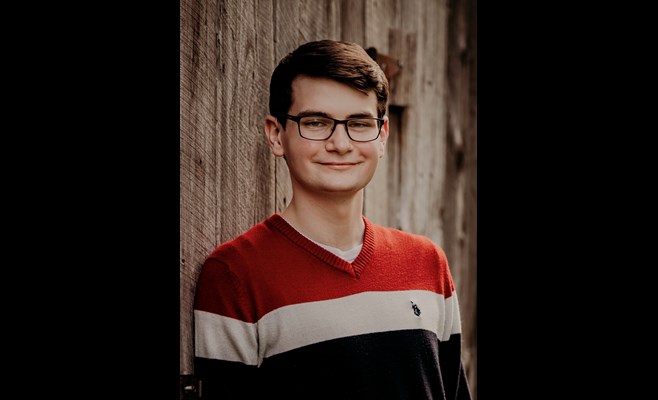 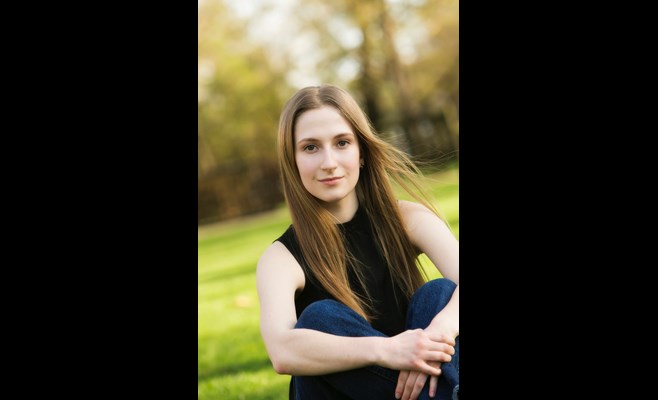 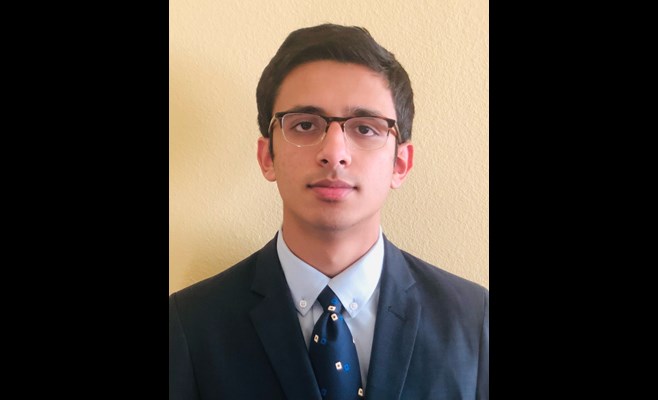 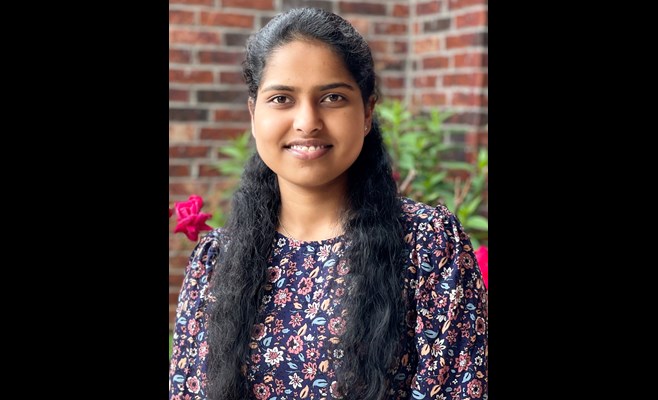 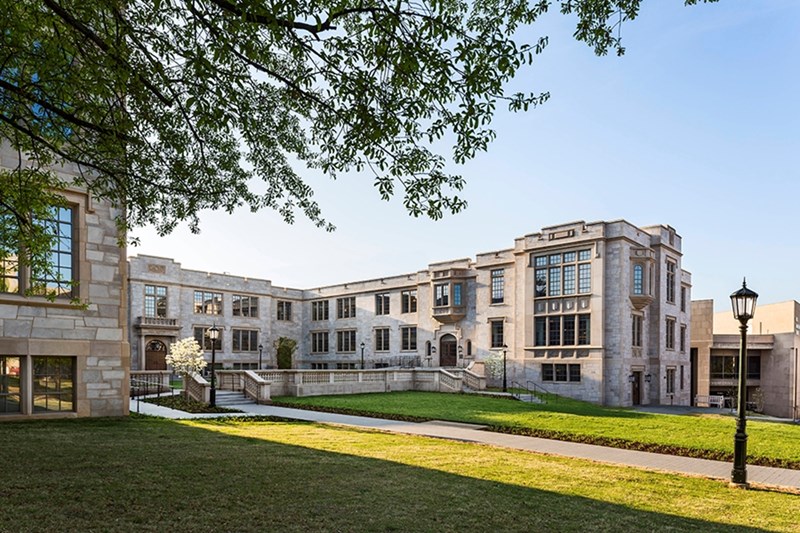 The U of A Honors College has selected six incoming freshmen as the recipients of this year’s Bodenhamer Fellowships, all ranging in interests and skills, from robotics and choir to cricket and political activism.

The Bodenhamer Fellowship is one of the most prestigious scholarships the university offers to undergraduates, awarding each student $72,000 over the four-year course of their education.

The 2021 Bodenhamer Fellows are:

The fellowship, now in its 23rd year, cultivates a strong sense of community among current and alumni recipients as they pursue an impressive range of careers and graduate and professional degrees.

“I’m honored to welcome the Bodenhamer class of 2025 to the Honors College,” said Honors College Dean Lynda Coon. “This rock star cohort exhibits an unprecedented engagement with community and an impressive variety of research skills. Their presence on campus will be vital.”

The Bodenhamer Foundation, created by Lee Bodenhamer (B.S.B.A.’57, M.B.A.’61, both at U of A, and D.B.A.’68, Harvard), established the Bodenhamer Fellowships in 1998. Students must score at least a 32 on the ACT and have a grade point average of 3.8 or higher in order to be eligible for the award. Community service, extracurricular activities and evidence of intellectual curiosity, leadership and creativity are also considered in the selection process.

In addition to covering the normal cost of attending the university, the fellowship may be used for study abroad, attendance at professional and educational conferences, research and any special equipment that fellows may need.

The new Bodenhamer Fellows will join a group of 155 current and alumni fellows who have benefited from the generous support of the Bodenhamer family. Alumni fellows are excelling in a wide range of career paths, from cybersecurity to opera performance to research on breast cancer metastasis. Many are pursuing advanced degrees at universities such as Harvard, Yale and Vanderbilt.

Herzfeld is a National Merit Scholar and an AP Scholar with Distinction. He earned third place at the Future Business Leaders of America State Conference and served as the campaign manager for Benton City Attorney Brent Houston in his successful race for 3rd Division Circuit Judge.

Herzfeld was also a member of the Mayor’s Youth Advisory Council, worked as a staff assistant in the Saline County Prosecuting Attorney’s Office and attended Arkansas Governor’s School. He plans to major in history and is the son of Robert and Karma Herzfeld.

Jacob Holmes graduated from the Arkansas School for Mathematics, Sciences, and the Arts in Hot Springs, where he was president of the Student Government Association and the Foreign Film Club, as well as District IV Parliamentarian and vice president of the Future Business Leaders of America.

Holmes is a National Merit Scholar and was awarded first place in mathematics at the Arkansas State Science Fair. He was also awarded the Arkansas Seal of Biliteracy in English, French, Japanese and Spanish; placed nationally in a Future Business Leaders of America Introduction to Financial Mathematics competition; and excelled in numerous years in the Arkansas Council of Teachers of Mathematics State Math Competition.

He was a student ambassador and volunteered at both the Rector Community Museum and the Catholic Charities Summer Institute.

Holmes, a talented trombonist, made the Arkansas School Band and Orchestra Association’s All-Region Band. He plans to major in mechanical engineering and German. He is the son of Chad and Christin Holmes.

He is a National Merit Scholar and an AP Scholar with Distinction. He won second in robotics and fifth in mathematics at the State Beta Club Convention and was recognized as a scholar in the National Rural and Small Town Recognition Program.

Ivey worked in the data science department at ArcBest Technologies for three months and received a Certificate of Cyber Systems for completing the University of Arkansas-Fort Smith Cyber Systems curriculum.

He plays guitar in his church’s youth band and orchestra and is a leader in D-Groups, a program that pairs high school students with junior high students to help them mature. He plans to major in data science and is the son of Jeff and Amy Ivey.

Quinn’s pen and ink portrait of Hester C. Jeffrey was selected for the White House exhibition Building the Movement: America’s Youth Celebrate 100 Years of Women’s Suffrage. She worked on three political campaigns in 2020 and helped start her school’s chapter of Students Demand Action.

She was vice-president of both National Honor Society and Young Democrats and was selected for the 2020 National Security Language Initiative for Youth’s Hindi Summer Program in India. She played violin in her school’s orchestra and chamber orchestra and made all-region orchestra four times. She plans to major in civil engineering and is the daughter of Jeffrey Quinn and Krista Kugler-Quinn.

Rana served as senior editor of the journal for the International Youth Neuroscience Association and founded his school’s chapter, where he led meetings to generate new topics and supervised publication of his peers’ articles.

During COVID-19, he developed MyTutorMatch, a free one-on-one tutoring service for students. Rana plans to pursue a career in medicine and is the son of Sara and Javed Rana.

Ananya Vangoor graduated from Bentonville West High School, where she received the National AP Scholar award and the AP WE Service award. She is a member of the National Honor Society and secretary of Mu Alpha Theta, as well as founder and president of the coding club.

Vangoor placed first in Arkansas Tech University's 2021 High School Business Challenge, was the runner up for the 2020 Congressional App Challenge, placed third in geometry at the Arkansas Council of Teachers of Mathematics Regional Conference and was one of two students in Arkansas to receive an honorable mention for the National Center for Women & Information Technology Award for Aspirations in Computing.

Vangoor played varsity tennis and helped secure her school’s first state championship. She was also nominated by Cricket for America to attend one of eight regional cricket combines.

She was selected as a delegate to represent the 3rd Congressional District in Sen. Boozman’s Congressional Youth Cabinet, to attend the Kelley School of Business’ Young Women’s Institute and to attend Arkansas Governor’s School.

Vangoor plans to major in computer science and is the daughter of Kalpana Manda and Raghuvardhan Vangoor.

About the Honors College: The University of Arkansas Honors College was established in 2002 and brings together high-achieving undergraduate students and the university’s top professors to share transformative learning experiences. Each year the Honors College awards up to 90 freshman fellowships that provide $72,000 over four years and more than $1 million in undergraduate research and study abroad grants. The Honors College is nationally recognized for the high caliber of students it admits and graduates. Honors students enjoy small, in-depth classes, and programs are offered in all disciplines, tailored to students’ academic interests, with interdisciplinary collaborations encouraged. Fifty percent of Honors College graduates have studied abroad and 100 percent of them have engaged in mentored research.