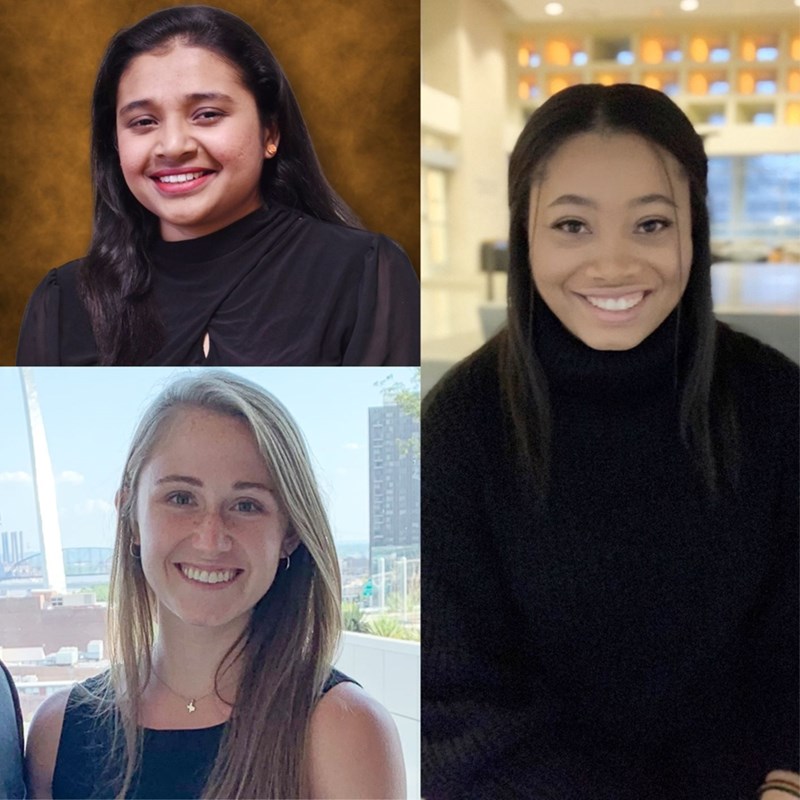 One award recognizes a first-year graduate student who demonstrates "Emerging Excellence" as a future speech-language pathologist. This recognition was awarded to Samadhi Pusuba Devayalage. Samadhi is a Fulbright Scholar from Sri Lanka and is already having a positive impact in the field. She is currently collecting data for her master's thesis, titled "The Colorful Semantic Approach via Telepractice for Children who are Deaf or Hard of Hearing." She has consistently received positive feedback from her academic instructors as well as her off-campus clinical supervisors. CDIS Program Director Rachel Glade commented, "Samadhi is diligent, determined and detail oriented. We are lucky to have her in our program."

Another award recognizes a second-year graduate student who has demonstrated themselves to be an "Outstanding Clinician" during their time in the program. This recognition was awarded to Kendra Ledbetter. "Kendra's clinical supervisors have consistently reported her to be dependable, creative, and passionate. Kendra has been placed in a variety of clinical settings and she has been noted to excel wherever she goes," commented a CDIS faculty member.

The final award recognizes a second-year graduate student who has proven to be an "Outstanding Student" in the classroom and in clinical practice. This is the highest accolade provided by the CDIS program. This recognition was awarded to Madeline Rudolph. "Maddie is a highly engaged student who is eager to learn. She explores scholarly research that is beyond the scope of classroom expectations and applies the knowledge from that research to her classroom experience and clinical practice. We have known Maddie since she was an undergraduate and have always been impressed by her work-ethic and character," reported a CDIS faculty member.

"The future of the profession is bright with students like Samadhi, Kendra, and Maddie soon joining our professionals ranks. We could not be prouder of these students and are grateful they decided to pursue their graduate education with us," commented Rachel Glade.