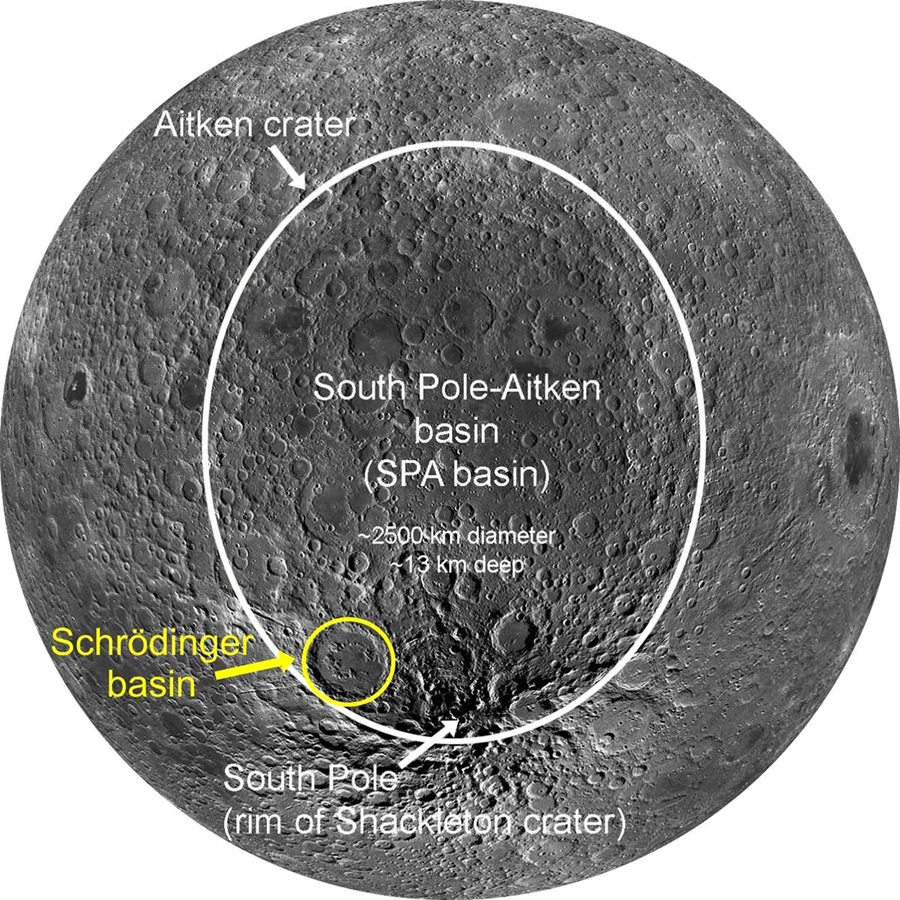 A new map including rover paths of the Schrödinger basin, a geologically important area of the moon, could guide future exploration missions.The map was created by a team of interns at the Lunar and Planetary Institute, including Ellen Czaplinski, a U of A graduate student researcher at the Arkansas Center for Planetary Sciences and first author of a paper published in The Planetary Science Journal.

The researchers identified significant geologic features of the Schrödinger basin, located near the lunar south pole. Schrödinger is the second-youngest impact basin on the moon and includes diverse crustal features and rock types that are important to understanding the moon’s geological history.

“When the Schrödinger basin was formed, some of these lithologies (the general physical characteristics of the rocks) may have been uplifted from very deep below the lunar surface,” Czaplinski said. “Therefore, investigating these rocks up close is extremely important for answering high-priority science goals.”

In 2007, the National Research Council outlined scientific objectives and goals of future lunar missions, including exploration of the South Pole-Aitken basin, the oldest and deepest impact basin on the moon. Because the Schrödinger basin is located within the South Pole-Aitken basin, it presents a unique opportunity to study rocks that possibly originated deep below the surface, Czaplinski said.

“Many of these rock types are exposed at the surface in multi-kilometer long exposures of rock outcrops in Schrödinger’s ‘peak ring,’ an inner ring of uplifted rocks that formed with the basin. Sampling these rocks within the peak ring provides high scientific potential for further understanding the context of Schrödinger’s lithologies.”

Along with the map, researchers created three potential paths for robotic rovers to travel through the Schrödinger basin to collect high-priority rock samples.

The students’ study at the Lunar and Planetary Institute was supported by NASA’s Solar System Exploration Research Virtual Institute.