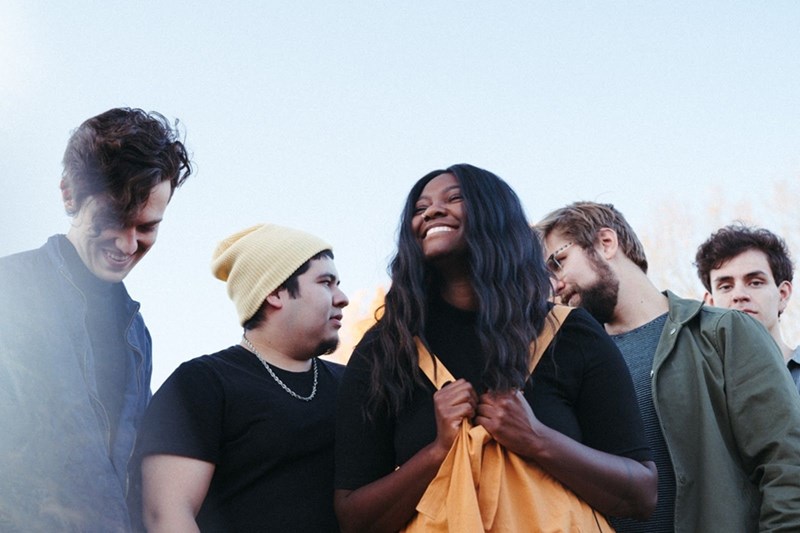 Honey Collective, an alternative jazz/rhythm and blues group, released a new single "I'll See You" to ring in the New Year. The band worked on "I'll See You" during the pandemic as music venues closed and people stayed indoors.

"It was definitely a new way of writing for us because we were used to collaborating all at once," said singer Aricka Lewis. "This time Jordan wrote the piano line and sent it to me. Afterwards I sent it to Matt for bass and so on and so forth."

While in quarantine, the bandmates exchanged voice memos and different tracks via email and text messages before recording the finished song at Shock City Studios over the summer.

This process allowed each musician to inject their own style into the song in a new way and encouraged them to continue writing songs like this for Honey Collective's upcoming album.

"I'll See You" is a song with a steady groove that builds into a climax at the bridge.

Since the band formed in 2018, Honey Collective has toured the Northeastern part of the country and performed across the state of Arkansas, including at Crystal Bridges and the Momentary. Recently, they participated in the Kennedy Center's "Arts Across America" digital performance series alongside other regional musicians.

The jazz fusion outfit has been featured in the Northwest Arkansas Democrat-Gazette, on NPR-affiliate KUAF, in the Idle Class magazine, and Experience Fayetteville's free visitor's guide.

Honey Collective has two EPs and plans to release a new album later this year.  Songs are available on all streaming platforms, including Amazon, iTunes, and Spotify.

About Honey Collective: The band, formed by University of Arkansas students Walter Ferguson and Jordan Strickland, began in 2018 as a two-piece indie jazz outfit.  As they brought fellow musicians Erick Amaya, Aricka Lewis, and Matt Magerkurth into the fold, their sound evolved into a mix of jazz, R&B, funk, and alternative rock. They have been featured on local radio shows and publications for their music and take inspiration from bands and artists such as Moon Child, Hiatus Kaiyote, and D'Angelo.  More information is available at hnyrecords.com.