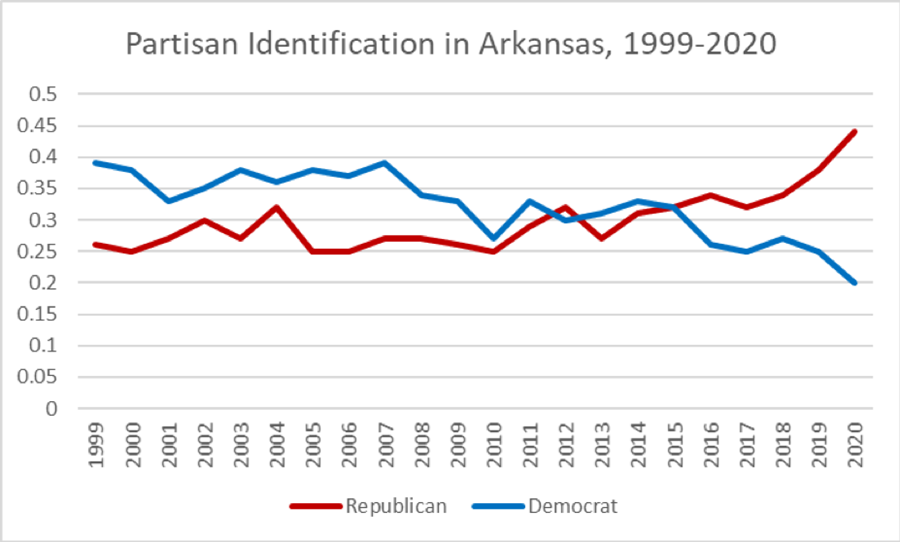 The 22nd annual Arkansas Poll, released today, found voters most concerned about healthcare and the economy in the wake of the coronavirus pandemic, while politics was a top issue for more than 20 percent of respondents for the first time in poll history.

The 2020 poll focused on the presidential and U.S. Senate races, statewide ballot measures, elected officials’ approval ratings in handling the coronavirus outbreak and support for the Black Lives Matter movement. It also included a panel of questions to gauge respondents’ “intercultural competence,” defined as the capacity to recognize, acknowledge and respect cultural differences; and revisited annual questions on abortion, gun laws and global warming.

The top three concerns with respondents this year were healthcare (24 percent), the economy (23 percent) and politicians/politics (20 percent). The last reflects an increasing level of political discord in the country, said Janine Parry, professor of political science at the U of A. “If Republicans and Democrats agree on just one thing in 2020, it’s that the republic is in bad shape.”

Parry designs and analyzes the poll annually. For candidate contests, it  has a track record of coming within two points of actual election results.

In Arkansas’ two statewide, high-profile contests, support for Republicans indicates the increasing strength of the party, continuing a decade-long trend, Parry said. “While it appears President Trump will win fewer states nationwide in 2020 than he did in 2016, Arkansas is likely to be one of the few states in which he actually increases his vote share. This speaks to Arkansas’s recent switch to the Republican brand, a wholesale reversal of fortune in just a decade’s time.”

As further evidence of the shift, Parry notes the poll results showing the percentage of respondents who identify as Republican at an all-time high (44 percent) and the number identifying as Democrat at an all-time low (20 percent). Among independents (29 percent of respondents), all but 15 percent said they feel “close to” one of the major parties, leaving very few of the swing voters who decided Arkansas elections in the past, she said. “In short, not only has Arkansas now fully realigned (about 25 years after most of her southern peers), but – as we see nationally – almost no one is left in the middle.”

The poll was conducted through 804 telephone interviews with randomly selected adult Arkansans between Oct. 9 and Oct. 21. It has a margin of error of plus or minus 3.4 percent.