Bestselling Author Ijeoma Oluo to Speak to U of A, NWA Community 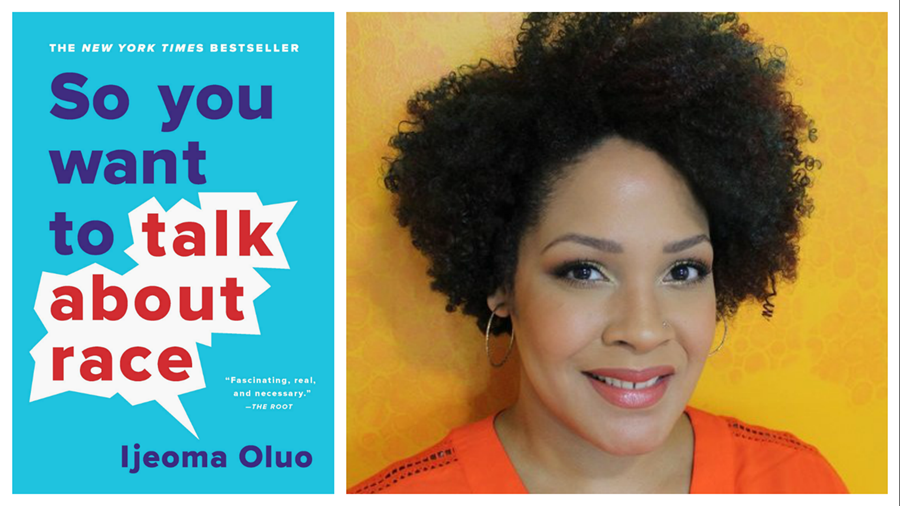 FAYETTEVILLE, Ark. – Ijeoma Oluo, the New York Times bestselling author of So You Want to Talk About Race, will speak Nov. 10 via Zoom to an audience of University of Arkansas faculty, staff and students and community members from Northwest Arkansas as part of the semester-long Let’s Talk About Integrity and Race program by the Sam M. Walton College of Business.

Oluo’s talk begins at 6 p.m. and will feature a live question-and-answer period. The talk is being offered by the U of A and Northwest Arkansas Council to the larger community at no cost, but attendees must register by Friday, Oct. 30. Attendance is limited and registration will be handled on a first-come basis.

To bring even more people in the state into the discussion about integrity and race, registration for Oluo’s talk is also being offered to anyone from four-year or two-year colleges and universities in the University of Arkansas System.

“Let’s Talk About Integrity and Race” has been organized and led by the Walton College’s Office of Diversity and Inclusion and its director, Barbara Lofton, and the Business Integrity and Leadership Initiative, headed by Cindy Moehring, the initiative’s founder and executive director.

“During the past five weeks, Ijeoma Oluo’s book has guided our discussions about race among faculty, staff, students and the community,” Lofton said. “The persons in the discussions shared their honest experiences with other members of their cohort of faculty, staff, students and the community. Having the opportunity to be part of a larger discussion with Ijeoma Oluo about her book will be an exciting way to end our semester project on race.”

The presentations during the semester-long program have been extended beyond the campus into the larger community in partnership with the Northwest Arkansas Council. As part of that effort, Walton College and the council are sponsoring eight workshops for 120 community leaders. These workshops are engaging Northwest Arkansas leaders in dialog about integrity and race.

“This is an amazing opportunity for our campus, our community, and our state to hear from and interact with a best-selling author on racism, one of the most significant issues of our day,” Moehring said.

Oluo’s work, which focuses primarily on issues of race and identity, feminism, social and mental health, social justice, the arts and personal essay, has been featured in The Washington Post, NBC News, Elle magazine, TIME, The Stranger and the Guardian, among other outlets.

Oluo’s talk follows one by Mary Gentile, author of Giving Voice to Values, who spoke to the U of A and Northwest Arkansas community via Zoom in September.

Pre-register for Oluo’s presentation here or at the Let’s Talk About Integrity and Race website.