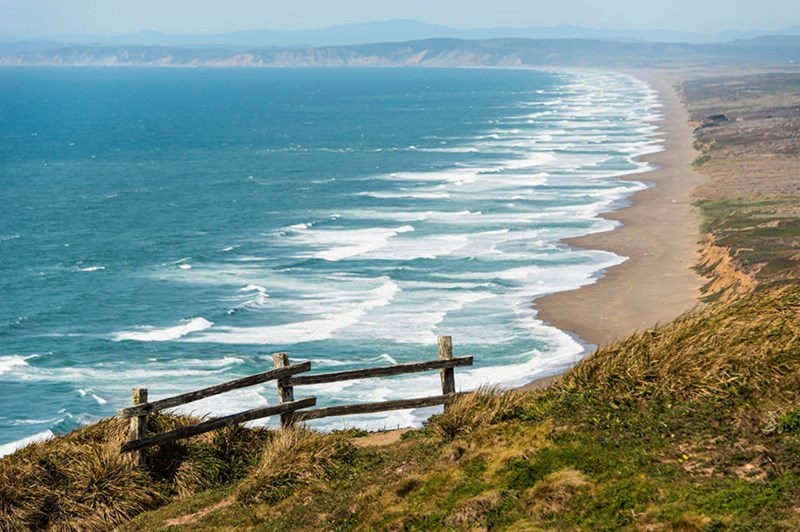 FAYETTEVILLE, Ark. – In the first comprehensive study of the link between rising sea levels and inland water tables along the California coast, researchers found an increased threat to populated areas already at risk from rising water tables, and the possibility of flooding in unexpected inland areas.

In the new study, researchers modeled the effects of rising sea level along the entire California coastline. While results varied with local topography, the study indicates rising sea levels could push inland water tables higher, resulting in damage to infrastructure and increased severity of flooding.

“Increased roadway fatigue, reduced sewer and septic drainage, and the potential for mobilizing contaminants in soils currently above the water table will eventually be triggered farther inland as the water table rises with higher sea levels,” researchers concluded.

Kevin Befus, assistant professor of geosciences at the University of Arkansas, is the first author of the study, published in the journal Nature Climate Change.

While many coastal areas are focused on overland flooding as a result of sea level rise, the threat of rising groundwater tables, known as “shoaling,” is not as well known or understood. Shoaling occurs when rising seawater pushes inland. The denser marine water underlies shallow freshwater aquifers, pushing them upward. In some low-lying areas, shoaling could force groundwater water to the surface, increasing the likelihood of flood damage.

Researchers identified key infrastructure at risk from shoaling, including the Port of Los Angeles and airports in Santa Barbara and San Francisco.

But groundwater does not need to emerge to cause problems, the authors noted. Rising water tables, for instance from 6 feet below ground to 3 feet, could impact buried infrastructure such as wastewater pipes, electrical conduits and building foundations. Places like Miami and Hawaii have long grappled with this immediate connection between the ocean and their groundwater. But for most coastal communities in California, the connection is more subtle and has not yet become a part of their climate planning.