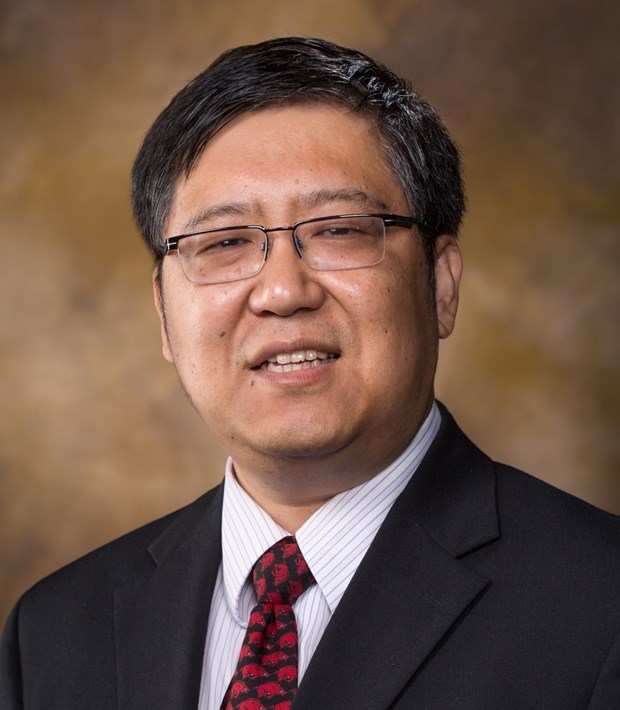 In tests, the laser operated in pulsed conditions up to 100 kelvins, or 279 degrees below zero Fahrenheit.

“Our results are a major advance for group-IV-based lasers,” Yu said. “They could serve as the promising route for laser integration on silicon and a major step toward significantly improving circuits for electronics devices.”

The research is sponsored by the Air Force Office of Scientific Research, and the findings have been published in Optica, the journal of The Optical Society. Yiyin Zhou, a U of A doctoral student in the microelectronics-photonics program authored the article. Zhou and Yu worked with colleagues at several institutions, including Arizona State University, the University of Massachusetts Boston, Dartmouth College in New Hampshire and Wilkes University in Pennsylvania. The researchers also collaborated with Arktonics, an Arkansas semiconductor equipment manufacturer.

The alloy germanium tin is a promising semiconducting material that can be easily integrated into electronic circuits, such as those found in computer chips and sensors. The material could lead to the development of low-cost, lightweight, compact and low power-consuming electronic components that use light for information transmission and sensing.