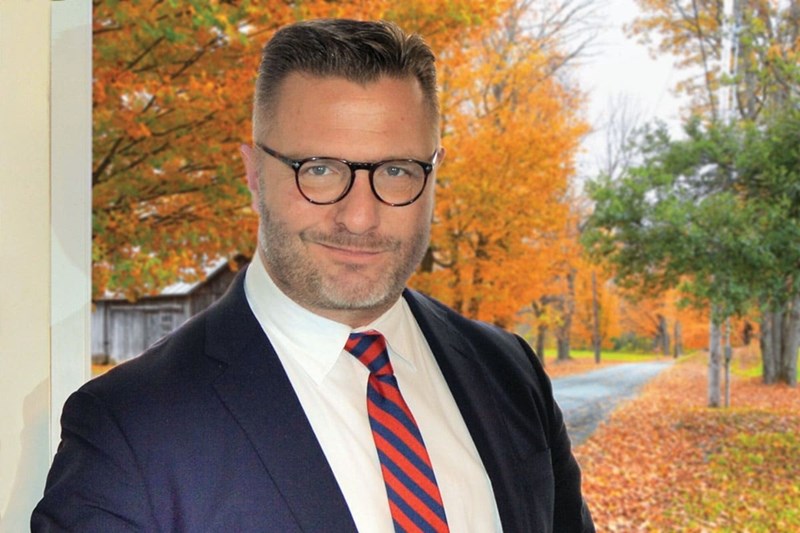 FAYETTEVILLE, Ark. – The new Dr. Justin Murphy Nolan Memorial Endowed Fellowship in Anthropology has been established and will provide full tuition for an incoming freshman studying anthropology at the University of Arkansas this fall.

The fellowship will be awarded for the first time for the fall 2020 semester and is named for Justin Murphy Nolan, an associate professor of anthropology who died in May of a sudden heart attack at age 48.

Nolan, who worked with Native American and southern U.S. cultures, was a notable biocultural anthropologist in the Department of Anthropology. His research focused on ethnobiology, medical anthropology and the study of region-specific folkways and traditions.

“At a young age, Justin knew that he wanted to be a teacher, and wanted to share what he knew with others, to inspire them, and encourage them,” said Bob Nolan, his father. “That’s why our family knew that one of the best ways to commemorate Justin and his love of education, while also helping the students he devoted his life to serving, would be to create a fellowship in his name.”

Todd Shields, dean of the Fulbright College of Arts and Sciences, said that “Justin was such an amazing person and anyone who met him couldn’t help but see that immediately.”

“His smile, his friendship, his passion for teaching, and his overall joyfulness will never be forgotten,” Shields said. “And it is incredibly meaningful that so many of Justin’s family members and friends are honoring him this way, so that he can continue to do precisely what he excelled at the most – helping others and changing their lives for the better.”

Justin Nolan was born in El Dorado on August 31, 1971. He was a member of the first gifted and talented program in the El Dorado School System and graduated with honors from El Dorado High School in 1989.

Nolan joined the University of Arkansas in 2002, as a visiting assistant professor of anthropology. In 2010, Nolan was named associate professor and vice chair of the Department of Anthropology and he later succeeded Mary Jo Schneider as chair of the department from 2016-2018.

He was widely published, authoring two books and multiple articles, 11 book chapters, and two book reviews. He was an invited lecturer at learning institutions across the U.S., Canada, Ireland, Germany, the Netherlands, and Italy, recognized as a worldwide expert in his field. Additionally, Nolan was recognized for his knowledge of medicinal plants and herbs and their application in Native American culture, as well as in early Ozark settlements.

“He had a great thirst for knowledge that was never quenched,” Bob Nolan said, adding that Justin was also a gifted photographer who observed all, from the smallest plant to the largest sunset, with a profound sense of wonder.

“He studied and chronicled the evolution of human behavior and society with this same keen eye. He was brilliant, loving and kind. Everyone who knew him, loved him. He cast a bright light into every life that knew him, and he will be forever missed.”

A private family interment service was held, and a public memorial celebration will be announced. In the meantime, condolences can be expressed at Young’s Funeral Home online.

For more information or to make a memorial donation, please email melodyk@uark.edu.