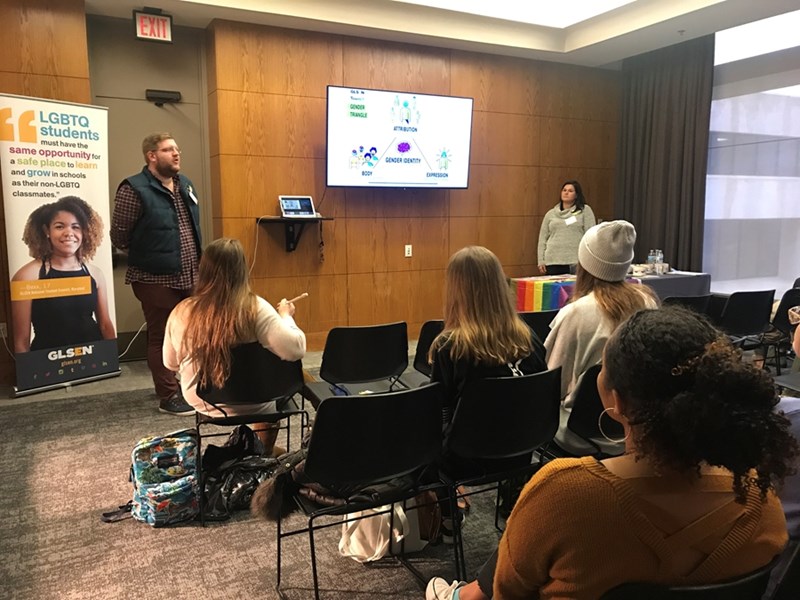 In January, U of A students participated in a GLSEN Professional Development Workshop sponsored by the COEHP Diversity and Inclusion Committee.

University of Arkansas faculty member Angela Smith-Nix has been named to the board of directors of the GLSEN Arkansas chapter.

GLSEN Arkansas works to ensure safe schools for all students, regardless of sexual orientation and gender identity. There are 43 GLSEN chapters around the country.

"I will be working with the organization and with schools in Arkansas to train educators and other professionals on working with LGBTQ and other marginalized students," said Smith-Nix, a clinical assistant professor in the Health, Human Performance and Recreation department.

Smith-Nix said there are plans to start a GLSEN registered student organization on the U of A campus in the fall.

Hannah McCollester, GLSEN Arkansas board chair, said the organization is proud to have Smith-Nix on the team. The state's chapter started in Southeast Arkansas in 2014 when a group of high school students asked their teachers to help them combat LGBTQ bullying at school, she said.

"In six years, we have never had a board member who lives in Northwest Arkansas, though we have provided trainings there," McCollester said. "So we know Angie will be a huge asset as we expand our geographic reach and strive towards our goal of training 1,000 Arkansas educators in making their classrooms more inclusive this year."

McCollester said Smith-Nix brings "incredible experience as an individual, a parent, and an educator as an advocate for LGBTQ equity."

"She has been an outstanding partner and champion of our work already and we look forward to her helping us expand our impact," she added.